After he told police that he had consumed poison, the cops rushed him to a hospital even as another police team visited his house.

Icchawar/Sehore (Madhya Pradesh): A man killed his wife with a sharp-edged weapon in Icchawar area on Friday and then approached police station to surrender for his crime. He informed the cops that he too had consumed poison.

After he told police that he had consumed poison, the cops rushed him to a hospital even as another police team visited his house.

When the cops broke into his home located in Lasudiya Kangar village of Icchawar, Yashoda Bai (55) was found lying dead on bed. She had multiple injuries on her body but appeared to have been killed with a sharp-edged weapon.

Police said a local enquiry revealed the couple fought frequently over domestic issues. On Friday morning, when Yashoda was asleep, she was killed by her husband Harinarayan. He then locked the house and after consuming poisonous substance and walked away.

One of the four children of deceased woman informed the police but accused himself reached the local police station and said that he had killed his wife. The accused was booked on charges of murder and has been hospitalised. 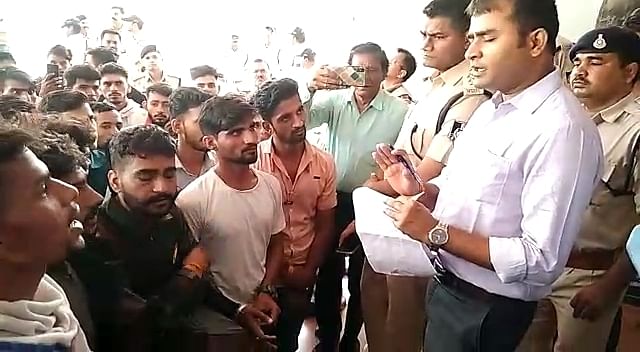