He was addressing the commissioner-collector conference
Staff Reporter 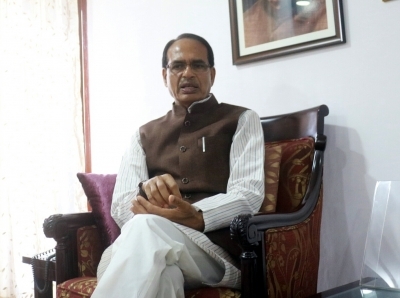 BHOPAL: Chief Minister Shivraj Singh Chouhan asked senior officials to scrutinize all Non-Government Organisations (NGOs) operating in the state and receiving funds from overseas. He was addressing the commissioner-collector conference here on Monday.

The CM said that Collector, SP are representatives of the government. Their good work helps people get benefits of various government schemes.

The good work of Collector and SP at the district level develops image of the government. He further said that the entire administrative staff should work with commitment. The CM also asked the officials to prepare an audit report on funding of the NGOs and money being spent by them (NGOs) and submit a report to his office. He said it has been noticed that some NGOs were involved in conversion activity in tribal areas and he instructed the officials that such things must be stopped immediately. "Find out all NGOs involved in religious conversion in the state. There is no place for such practices in Madhya Pradesh," Chouhan said.He further said that many NGOs were involved in spreading hatred among the communities. "Who are these NGOs and what are their resources, their fund flow -- all this needs to be probed immediately," Chouhan said while reviewing law and order situation of the state on Monday.District Collectors, Commissioners or the Director General (IG) of police are responsible to ensure law and order situation in their areas. At the same time, they are also responsible to ensure that schemes of the State government and the Centre are reaching at ground level and real beneficiaries are benefited."You (District Collectors, Commissioners and IGs are head of your districts and also the direct representatives of the Chief Minister's Office and therefore, you are responsible to provide security and safety to the people and also to implement government schemes at the ground level," Chouhan added.

He said to take action against mafia, control of crime against women and law and order situation and use of land freed from mafia encroachment will be reviewed. In order to ensure easy availability of benefits of various beneficiary oriented schemes to all eligible beneficiaries, the special campaign being run from November 15 to December 15, 2021 will also be reviewed.