He asked every citizen to remember the soldiers who made supreme sacrifice for their nation. He also said that Prime Minister Narendra Modi did a commendable job in fighting against the COVID-19 pandemic.
ANI 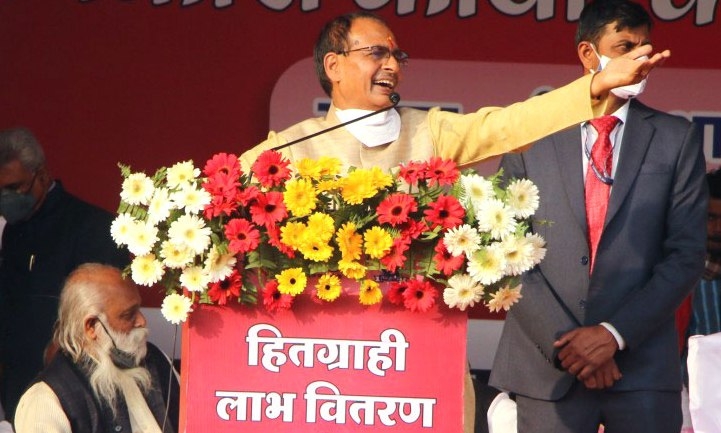 Rewa (Madhya Pradesh): State Chief Minister Shivraj Singh Chouhan on Tuesday unfurled the national flag and addressed the parade at SAF ground in Rewa, on the occasion of Republic Day.

"I wish everyone Happy Republic Day, including those who sacrificed everything for their country's independence. We celebrated the 125th birth anniversary of Netaji Subhas Chandra Bose on January 23. He established the Azad Hind Fauj and gave the slogan 'Give me blood, I will give you freedom.' I greet him and all the gallant martyrs on this day," Chouhan said.

He asked every citizen to remember the soldiers who made supreme sacrifice for their nation. He also said that Prime Minister Narendra Modi did a commendable job in fighting against the COVID-19 pandemic.
"Today, I want to bow with reverence at the feet of corona warriors who worked for others while putting their own lives at risk," the Chief Minister added.

India celebrated the 72nd Republic Day with the union and chief ministers greeting the citizens of the country. The national flag was unfurled at Rajpath in presence of President Ram Nath Kovind, PM Modi and other dignitaries on the occasion. Rafale fighter jets, which were inducted into the Indian Air Force (IAF) last year, featured in the Republic Day parade.
Apart from tableaux of the Armed Forces, 17 tableaux from different states and nine tableaux from different ministries and departments of the Central government and Paramilitary Forces and six from Defence Ministry were displayed during the annual parade. A Beating Retreat ceremony also took place at the Attari-Wagah border.