India’s largest airbase is located in Maharajpura in Gwalior district and a herd of Nilgais has made the airstrip its home.

Gwalior (Madhya Pradesh): Nilgai, the largest Asian antelope, is known for causing trouble to the farmers by destroying their standing crops all over northern India. However, this time the terror of Nilgai has become a topic of discussion in the Ministry of Defense in Delhi as well.

India’s largest airbase center is located in Maharajpura in Gwalior district and a herd of Nilgais has made the airstrip its home. The herd consists of more than 200 Nilgais and are posing a threat of accident during practice flights at the air base.

The Nilgais are known for ruining farmer crops worth crores of rupees in Madhya Pradesh. The issue has even been discussed in the MP Legislative Assembly several times in the past. The Gwalior Air Force station is spread over several kilometres and the hangars of many fighter planes including the French Miraj and Russian Rafale are situated here. Regular practice flights are organised for these fighter planes. An accident has reportedly already occured due to the antelopes.

Administration to use Boma technique

The Indian Defense Ministry has sought cooperation from the Madhya Pradesh government regarding this problem. But, due to the topic being a sensitive one,  the Forest Department has sent a proposal to use the Boma technique to capture the animals.

Earlier, a proposal was sent to kill the Nilgai, but this insensitive proposal was rejected and the government started to seriously ponder over the issue.

Gwalior DFO Vijendra Srivastava said “Correspondence is going on regarding the matter. A team under the leadership of CCF and DFO along with the experts has inspected the site and the project has also been prepared. The work of making Boma Habitat by the experts will start as soon as the approval is received from the government.”

What is Boma technique?

This technique of catching wild animals is used in South Africa so that the animals can be caught without hurting them. According to experts, a special habitat, which is Nilgai friendly, will be prepared by selecting a place to catch them. Then, salt and other chemicals, whose smell attracts Nilgai, will be spread in the area. After the nilgai enters the area, which is built like an enclosure, the Nilgai will be transported out of the air force station using trucks.

Explaining the Boma technique, Forest officer Vijendra Srivastava said, “The Boma technique cannot be used in a field or an open space because of two reasons. One, it is expensive and second, the technique involves building of an enclosure which can only be built in a limited area.”

Nilgai is considered to be the most agile and strong-bodied animal, but it is very difficult to catch or kill because of its body size which resembles a horse. The Nilgai, however, is bigger in the posterior. 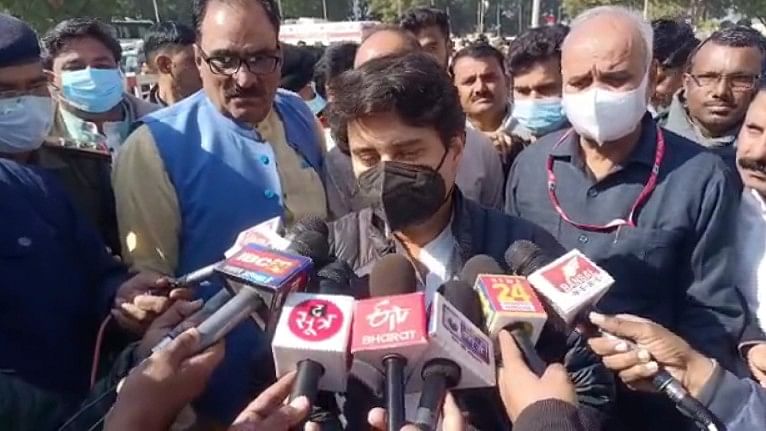