HomeBhopalMP: Sangh means not PM Modi or BJP, all are part of it, says Mohan Bhagwat

MP: Sangh means not PM Modi or BJP, all are part of it, says Mohan Bhagwat

Bhagwat said that Prime Minister Narendra Modi "is a swayamsewak and pracharak, and even today he is working as a pracharak

Meanwhile, Bhagwat also said that Prime Minister Narendra Modi "is a swayamsewak and pracharak, and even today he is working as a pracharak."

"Whenever the name of Sangh comes, you take Modiji's name. Yes Modiji has been a Sangh swayamsevak and also a pracharak. The VHP too is run by our Swayamsevaks. But the Sangh in no way directly or remote controls them, they work independently. We can only give consultations and advice, but can never control them," the RSS chief said while addressing an event in Jabalpur on Saturday.

He also asserted that one person or one organisation or one political outfit can not make big change. "Hindutva means the philosophy of embracing all, the Preamble of Indian Constitution is the prime spirit of Hindutva only," he further added.

Stressing on the need for public discipline, the RSS chief said Dharma doesn't mean religion or worship system, instead it implies to performing the duties in disciplined manner.

He also called for extensive nature conservation efforts. "We should religiously do tree plantation and water conservation, as we take so much from nature," he said.

He added that it's not language or worship system which forms a society. People with a common objective build the society. "Diversities are welcome and acceptable, but diversities should in no manner become the basis of any discrimination," RSS chief added. 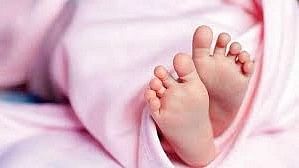