HomeBhopalDisowned by teenage mother and kin, MP baby girl to get 'orphan' status

Disowned by teenage mother and kin, MP baby girl to get 'orphan' status

The 28-day-old baby, born prematurely to a 15 year old rape survivor on Diwali, was initially kept under observation of doctors and has now been shifted to a children's home.

Bhopal (Madhya Pradesh): A newborn baby girl, disowned by her teenage mother -- a "rape survivor" -- and her family members, is staring at an uncertain future and heading towards getting the status of an "orphan"

The 28-day-old baby, born prematurely on Diwali, was initially kept under observation of doctors and has now been shifted to a children's home (orphanage) -- Kilkari -- in Khandwa district of Madhya Pradesh, officials said.

She has become a victim of a crime that has left multiple lives in disarray.

It all unfolded when a 15-year-old girl returned to her home in a village located 45km from Khandwa district headquarters during Diwali after staying with her maternal aunt in Indore.

The girl's parents, in a celebratory mood, were clueless about the storm brewing in their life.

"The girl complained of severe abdominal pain after falling from stairs during cleaning work on the day of Diwali (October 24)," said Khushbu Parmar, sub-inspector at Indore's Lasudia police station who is investigating the case.

The worried parents immediately rushed her to a local healthcare centre.

A medical examination revealed the young girl was pregnant and doctors advised her family to take her to the district hospital in Khandwa.

However, the teenager delivered a baby girl on way to the hospital, sub-inspector Parmar said.

The girl and her daughter were later shifted to the district hospital.

The family members of the girl are saying they were unaware of her pregnancy all these months and came to know about it only when doctors told them, Parmar said.

"After the young girl gave birth to the baby, she filed a police complaint of rape against a 15-year-old boy, a resident of Indore," the woman officer said.

Parmar said the girl had stayed at her maternal aunt's house in Indore's Lasudia area for a few months and during this period, became friendly with the boy who lived in the neighbourhood.

The complainant accused the 15-year-old boy of raping her when her maternal aunt and uncle were out of home for work, and impregnating her, said the police official.

The police have collected DNA samples of all three -- the girl, the boy, and the newborn -- and sent them for laboratory examination, she said.

The police sub-inspector said following the complaint, the minor boy was detained under provisions of the Indian Penal Code (IPC) and the Protection of Children from Sexual Offences Act.

The newborn's future is, however, hanging in the balance as the girl and her family members have refused to take care of the baby, who is heading towards getting the tag of an "orphan".

"After the teenage girl delivered a premature baby, we recorded her family members' statements. The girl and her parents expressed their wish to disown the newborn seeking to know where they will keep the baby and how will they face society.

"But the survivor's parents are ready to keep their daughter with them," Vijay Sanava, chairman of the District Child Welfare Committee, said.

He said now that the baby has been disowned, legal steps to safeguard her future will be taken.

"The newborn is healthy after spending initial days in the hospital under doctors' observation. We are in the process of taking further legal steps as per rules and regulations," the District Child Welfare Committee chief said.

Sanava said the girl and her family members will soon be called to complete the paperwork to surrender the child.

"We will ask the family members again if they want to take the newborn with them. If they decline, the legal process to surrender the child to the orphanage will be set in motion," he said.

After this process, the girl and her family will have 60 more days to claim the newborn, Sanava said.

Sanava said after the completion of 60 days, the baby can be adopted by others through Central Adoption Resource Authority (CARA) by following due process.

CARA is the nodal agency for the adoption of children in the country.

"A lot of information available on these platforms is wrong. But children tend to experiment and land in trouble," she said.

Sahay said cases related to girls aged 13 to 14 years getting pregnant are coming frequently to Bhopal's Childline, an emergency phone service for children in need of assistance.

Sahay said if pregnancy is detected within 24 weeks, a government hospital can take a decision about abortion keeping in mind a recent Supreme Court order.

In July this year, the SC expanded the scope of the Medical Termination of Pregnancy Act to include "unmarried women" and allowed a woman to abort her 24-week pregnancy.

Earlier, this period was 20 weeks. Permission of a high court will be needed for termination of a pregnancy of over 24 weeks, Sahay added. 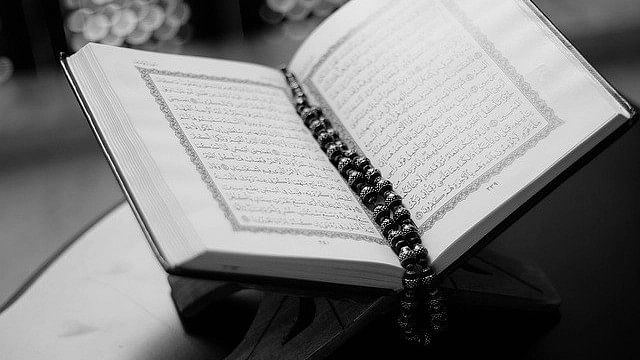