And they never returned…Hemant and his friend Monu had gone to help some people stranded on a culvert over the Parvati River on August 3; that was the last time the duo was seen alive.

BHOPAL: Hemant Shivhare would have celebrated his 28th birthday on the coming September 20. However, for the past three days now, his family members have been waiting for his body to be fished out from the swollen Parvati River so that they can perform his last rites, having lost all their hopes of his returning alive.

A resident of Mohna town in Gwalior district, Hemant had left as usual at 12.30 pm on August 2 for his hotel, located about two km from his home on the national highway. He has not returned since and his body is yet to be found.

The body of his childhood friend Monu Rathore, 25, who also used to run a hotel near Hemant’s eatery and was with Hemant at the time of the tragedy, has been located. And the car in which they were travelling has also been fished out from the river.

Apparently, Hemant and Monu had left in Hemant’s Brezza car at around 3 am on August 3 to help some people who had got stranded on a culvert over the Parvati River, about 300 metres away from their hotels, on the NH. The culvert was overflowing due to the release of water from a nearby dam. That was the last time they were seen alive.

“It has been more than 60 hours since he went missing. We have no hopes of finding him alive now. We only want his body so that we can perform the last rites and his soul can rest in peace,” Hemant’s father Nemichand Shivhare told Free Press over the phone.

A law graduate, Hemant was the eldest of three brothers. The one younger to him has completed his graduation in engineering from NIT, Gwalior, and is staying in Bhopal to prepare for competitive examinations while the youngest one is pursuing his B.Com from Gwalior. “Hemant was very popular. He was of a helping nature. Around 1,000 persons had gathered at the spot in the morning to somehow find him,” says Nemichand.

Hemant loved driving cars and had bought a new Brezza on July 16 to replace his Maruti Swift. “How could we have known that this car would become his grave,” said Nemichand.

Hemant had started his hotel, named Brijwasi, about three years back. He used to leave his home at noon every day and was back by midnight. “It was raining very heavily that night. Power supply had snapped and mobiles were not working. When he did not return till 2 am, we presumed that he must have decided to spend the night at the hotel,” his father said.

The next morning, Dharmendra Rathore, the elder brother of Monu, reached his hotel, only to discover that both Hemant and Monu were missing and so was Hemant’s car. A hunt began and the car was located on August 4. Monu’s body was also found. His cremation has been performed since.

Hemant’s mother hasn’t eaten food or even not taken water since August 3. And his 70-year-old grandfather, a heart patient, is in a state of shock. “As the news spread, our relatives from near and far have been coming to our place. Known and unknown people from the town are sending food and tea. I am overwhelmed,” Nemichand said.

There is a sense of disbelief and shock at Monu’s home, too. “Both of them were close friends since their childhood. Monu had opened a snacks’ stall called Balram near Hemant’s hotel. And both have left this world together,” Monu’s elder brother Dharmendra Rathore said.

Nemichand as well as Dharmendra say that serious lapses on the part of the local administration had cost the two young men their lives. “No warning was issued before opening the gates of the dam and no boards warning motorists not to cross the culvert were placed. That was the minimum they should have done,” Dharmendra says. 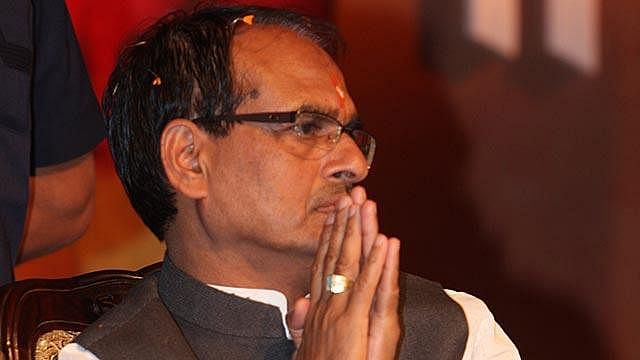