The bypolls in Madhya Pradesh, necessitated due to the death of sitting MLAs and an MP because of COVID-19 infection, were held on October 30. The counting began amid tight security at 8 am on Tuesday
Staff Reporter 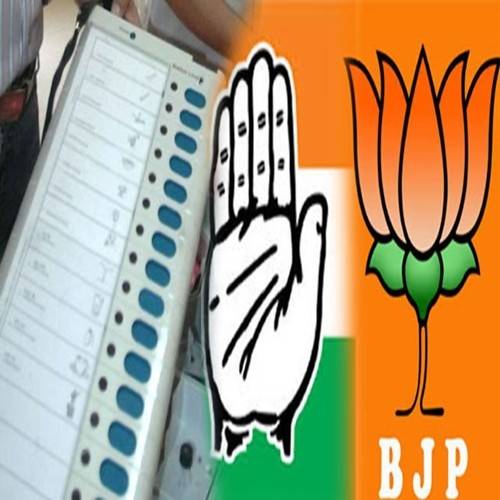 Bhopal (Madhya Pradesh): In hard-fought by-elections to one Lok Sabha seat and to three assembly constituencies, BJP won the Khandwa Lok Sabha and two assemblies and the Congress one, the results of which were declared on Tuesday.

Both the parties have given each other a serious jolt in home turfs. The Congress snatched the Raigaon seat in Satna district from its rival after 31 years and the BJP got two seats Prithvipur in Niwari and Jobat in Alirajpur district which have so far been congress's bastions.

According to reports, BJP candidate Gyaneshwar Patil has defeated his rival and Congress Candidate Rajnarayan Singh with a huge margin of over 80,000 votes. The Khandwa Lok Sabha seat fell vacant after the death of senior BJP leader Nand Kumar Singh Chouhan.

In Jobat assembly by-poll, BJP candidate Sulochna Rawat defeated Congress candidate Mahesh Patel with a margin of around 6,104 votes. Rawat joined the BJP few days before the announcement of by-poll. Several local BJP leaders, who were putting their candidatures for by-elections, had registered their protest.

The Jobat seat was vacated after the death of Congress MLA Kalavati Bhuria, who had won the election with 1800 in year 2018.

The Prithvipur seat, a pocket borough of the Congress , fell vacant the death of senior Congress leader Brijendra Singh Rathore.

The Congress has scripted history in Raigaon by winning the seat with margin of 12545 votes. The Congress candidate Kalpana Verma has secured 72,803 votes, but her nearest rival and BJP candidate Pratima Bagri obtained 60,558 votes.

The bypolls in Madhya Pradesh, necessitated due to the death of sitting MLAs and an MP because of COVID-19 infection, were held on October 30. The counting began amid tight security at 8 am on Tuesday.

Though the counting of votes is underway, the BJP workers in Khandwa have begun celebration on the basis of the lead the party have taken. 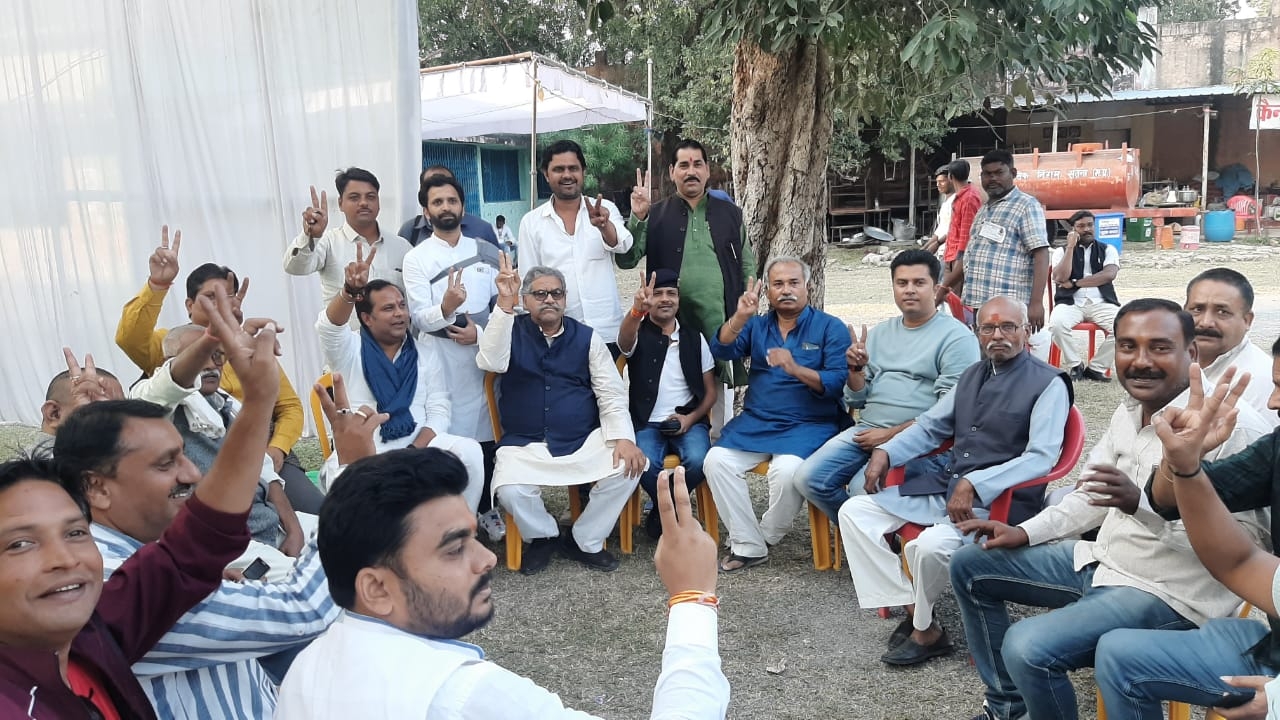 Chief Minister Shivraj Singh Chouhan said that counting was underway and the results so fare had been pleasant and encouraging for the BJP. "We are way ahead in Khandwa," he said.

Khandwa LS: BJP candidate Gyaneshwar Patil won with over 80,000 votes against Congress candidate Rajnarayan Singh. The Khandwa is known as pocket borough of BJP for years.

Jobat in Alirajpur: BJP candidate Sulochna Rawat won with a margin of over 6,000 votes. Jobat seat was vacated after the death of Congress MLA Kalavati Bhuria, who had won the assembly election with 1800 votes in 2018.

Prithavipur in Niwari: BJP defeated Congress with a margin of 17,704. Nitendra is son of former minister Brijendra Pratap Singh. Prithavipur was vacated after the death of Nitendra's father.