Sunil Chawla and his partner Sunil Sikarwar sustained injuries in the incident. According to reports, the reason behind the attack is yet not ascertained.
FP News Service 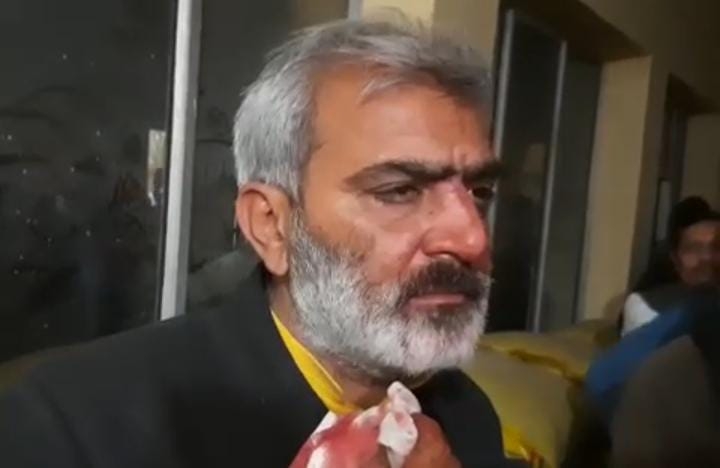 The victim, Sunil Chawla said that around a dozen miscreants came to his showroom and attacked him with hockey sticks, when he tried to save himself they opened fire and fled from the spot.

Sunil Chawla and his partner Sunil Sikarwar sustained injuries in the incident. According to reports, the reason behind the attack is yet not ascertained.

As soon as the incident occurred the nearby shopkeeper gathered over the spot and informed the police about the incident.

Acting on the information the police rushed to the spot and checked the CCTV cameras installed in the nearby shops. The goons covered their faces were spotted entering the shop in the CCTV footage. Locals said that after the incidents the miscreants ran towards the station road.

Kotwali police station in charge Shailendra Govil said that on the complaint of the victim an FIR has been registered against eight unknown miscreants under the section of attempt of murder, assault and others. The police were trying to nab the accused with the help of CCTV footage.