Monsoon likely to withdraw from Madhya Pradesh in second week of October: IMD

The rainy season in the state has stretched a bit longer this time as it normally begins on the first day of June and ends on the last day of September, IMD official said.
PTI 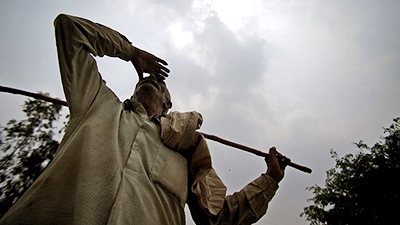 Bhopal (Madhya Pradesh): The southwest monsoon that arrived in Madhya Pradesh on June 10, is expected to withdraw from the state in the second week of October, which is at least 10 days beyond its usual departure date, an IMD official said on Saturday.

The rainy season in the state has stretched a bit longer this time as it normally begins on the first day of June and ends on the last day of September, he said.

Talking about the showers being witnessed in some parts of Madhya Pradesh at present, he said they were caused due to the moisture in the atmosphere and some other local factors.

"There is no system like a lower pressure area built over MP that is causing rain," he added.

He said that light thunderstorms with lightning are likely to continue over Barwani, southern parts of Khargone, Khandwa, Burhanpur and Chhindwara districts.

G D Mishra, another senior meteorologist with the IMD, said that Madhya Pradesh has received little more than its average quota of rainfall as the 2021 monsoon season has officially ended on September 30.

Till Thursday morning, the state has received 945.2 mm rainfall, as against the normal rainfall of 940.6 mm, he added.

Sheopur district received 100 per cent more rainfall than its average, while Guna and Shivpuri districts recorded 84 per cent and 62 per cent more than their average rainfall, respectively, during the same period. These three districts in north Madhya Pradesh received abundant showers during the monsoon.

North MP, particularly Gwalior and Chambal divisions, were ravaged by floods in August.

In all, 11 districts in the state received excess showers, while nine districts remained rain deficient till Thursday, the senior meteorologist said.

According to him, Damoh district in the Bundelkhand region of MP recorded a 38 per cent drop in the average rainfall - the lowest for any district. Against the average of 1,046.3 mm, it has received only 644.8 mm showers between June 1 and September 30.

Mishra said that 31 districts, including Bhopal, Indore and Gwalior, have received normal rainfall during this monsoon season so far.

He said 15 per cent less rainfall in east MP has been made up by 15 per cent excess showers in the western region of the state.

The IMD has divided MP into two parts - East with 20 districts and West with 31 districts.

Madhya Pradesh has 52 districts, but Tikamgarh district has not been added in any of the two parts. 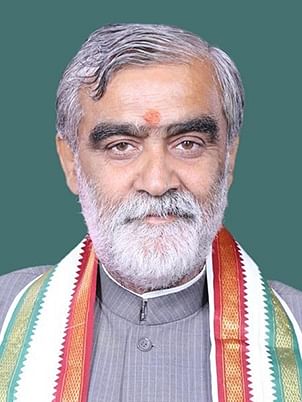 Madhya Pradesh: Not just Hindus, Minster Choubey wants all Hindustanis to come back to India