A fisherman casts a fishing net in the swollen Narmada river following heavy monsoon rains, at Bhedaghat in Jabalpur, Monday, | -PTI
Follow us on

Bhopal(Madhya Pradesh): The Meteorological Department has forecast heavy rains in many parts of the state for next three days. Bhopal, Raisen, Narmadapuram recorded very heavy rainfall in last 24 hours. Bhopal recorded 15 cm while Raisen recorded 15.7cm and Narmadapuram recorded 12 cm rain fall in last 24 hours. Road connectivity has been disrupted between Betul and Obedullganj. Similarly, road connectivity has been disrupted in Narmadapuram and Jabalpur. Meanwhile, extensive preparations have been made in Madhya Pradesh to deal with the flood situation following excessive rainfall and overflowing of the reservoirs, said home department officials. The water level of Betwa is rising rapidly, due to which the work of evacuation in 70 villages of Vidisha to safer places is underway. People have been shifted due to flooding in places like Indus Colony, Shivnagar etc in Bhopal city. Teams of 3 NDRF and 4 SDERF have been deployed to Bhopal district administration. Two Air Force helicopters have been sought for conducting rescue operations in Vidisha. Vidisha district collector Umashankar Bhargav has written a letter to joint secretary (air) Hardeep Bains for helicopter to airlift 100 villagers trapped in flood in Basoda village in Vidisa district.

Eight NDRF teams have been deployed across the state. Of these 3 have been sent to Vidisha, 2 to Gwalior, 1 Sehore, 1 Narmadapuram and 1 Jabalpur. The water level of Narmada has reached 964 feet from 945 feet in the last 24 hours and there is a danger of going above the danger mark of 967 feet late tonight. The district administration has been put on high alert in the districts adjoining Narmada and Betwa. On the instructions of the Chief Minister, ACS Home has been reviewing the status of the enclosures of the districts since evening.

All eight sluice gates of Kerwa, 13 Kaliasot, 10 out of 12 of Sagad, 16 out of 18 of Rajghat have been opened to discharge excess water. The water level of all these has been on rise due to overflowing Betwa river. Similarly, 17 out of 21 gates of Bargi dam of Narmada basin, 6 out of 8 of Barna dam, 13 out of 13 gates of Tawa dam are open. Besides, 12 out of 20 gates of Indirasagar dam of Narmada basin and 18 out of 23 gates of Omkareshwar dam are open.

Read Also
Bhopal: Had puffed rice, tea for lunch, says resident as people live without electricity for over 10... 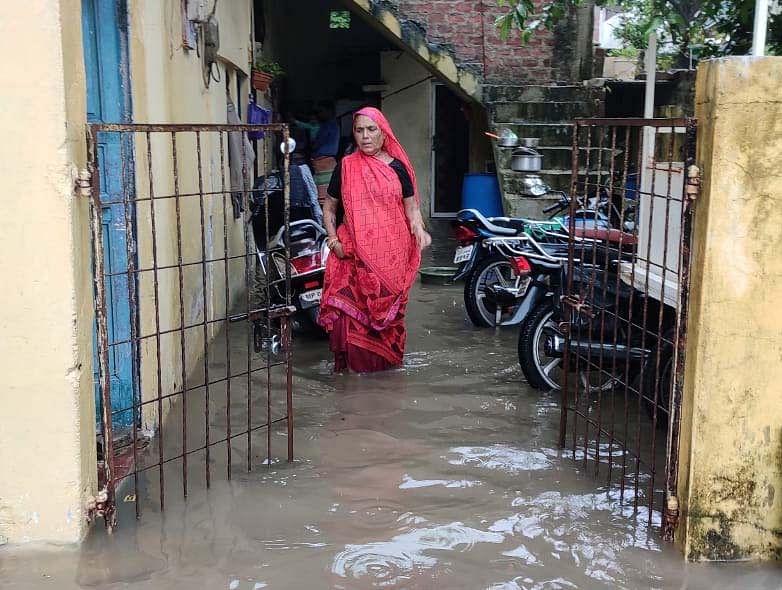