The dead youth was identified as Satyam Rajak, resident of Khinni Mohalla Ashram Road. After committing the crime, the accused fled from the spot.
FP News Service

Jabalpur (Madhya Pradesh): A 20-year-old youth murdered over a dispute of money during playing gambling in the crematorium under Gosalpur police station area of ​​Jabalpur on Friday.

The dead youth was identified as Satyam Rajak, resident of Khinni Mohalla Ashram Road. After committing the crime, the accused fled from the spot.

According to the police, Satyam reached there to play gambling. The accused, Arun Kumbhar was also betting in the play. During placing bets, Satyam had a dispute with Arun. After that Arun took out a knife and attacked on the back of Satyam.

Satyam fell down and died on the spot. On getting the information the deceased’s family members rushed to the spot and informed the police.

Acting on the information, Gosalpur TI Sanjay Bhalavi and Sihora SDOP Shrutikriti Somvanshi, along with the FSL team reached the spot. The police sent the body to Sihora Marchuri and detained some people who were gambling at the time of the incident and questioned them in connection with the crime.

The police registered a case of murder against the accused and started the search operation to nab the accused. 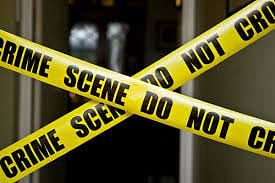