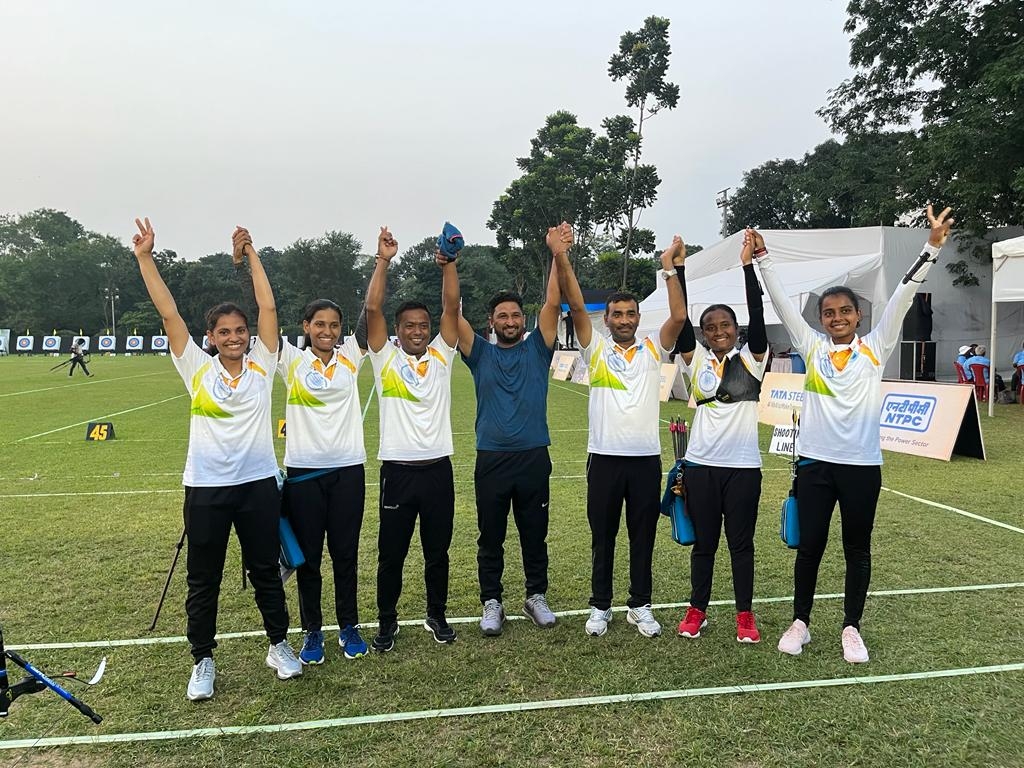 Bhopal: Women archers from Madhya Pradesh have bagged another team gold at the 40th National Archery Championship being held in Jamshedpur, Jharkhand, taking the medal tally to 7.

Archers Mausam Singh, Vitasha Thakur, Sonia Thakur and Ami Rai teamed up to clinch the second gold for the state at the National Championship in the final of recurve event against Jharkhand.

The match ended in a draw at 28-28 points. However, Madhya Pradesh won the gold based on the points on the table, which was 10 more than won by the opposing team.

The women archers had earlier defeated SPSB by 6-0 in pre-quarter finals, Punjab by 26-25 in quarter finals and Rajasthan by 26- 25 in semi-finals. They have all been training under coach Richhpal Silaria at Madhya Pradesh Archery Academy.

The state team has now won 2 gold, 2 silver and 3 bronze in total.