Damoh (Madhya Pradesh): A 40-year-old woman sarpanch was killed and six others injured in a clash between two groups at a village in Madhya Pradesh's Damoh district, police said on Saturday.

Village sarpanch Genda Bai Lodhi was critically injured in the attack and died while undergoing treatment at the district hospital in Damoh, he said.

The deceased sarpanch's 24-year-old son and six persons belonging to both groups were injured in the incident and were admitted to the hospital, the official said.

As per initial information, the two groups had some old enmity, which resulted in a dispute on Friday night, Mishra said.

A case has been registered and the police are on the lookout for absconding accused involved in the clash, he added. 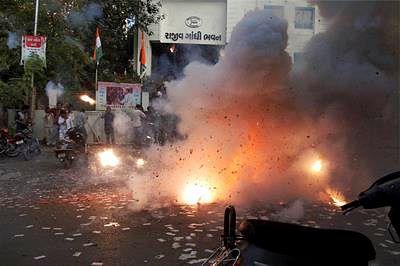