The accused in his statements told police that he was unemployed and had no money to feed his two wives.
Staff Reporter 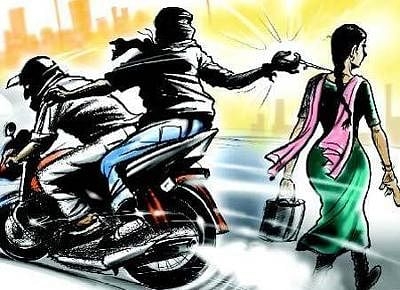 Bhopal (Madhya Pradesh): A woman chased down a chain snatcher and handed him to the police. The incident occurred on Monday evening, at Bittan market.

The accused in his statements told police that he was unemployed and had no money to feed his two wives. Habibganj police said the couple, Gita Thakkar and her husband Kamal had gone to Bittan market to buy vegetables.

The 26-year-old Amit Khalkare came from behind when Gita was negotiating with the shopkeepers and he snatched her chain. He tried to disappear in the crowd, however, Gita chased him and held the accused.

The onlookers came to her help and handed the miscreant to the police. Accused two wives reached the police station after he was arrested. SHO BP Kushwaha said Khalkare’s wives told that he is a drunkard but it was his first crime.