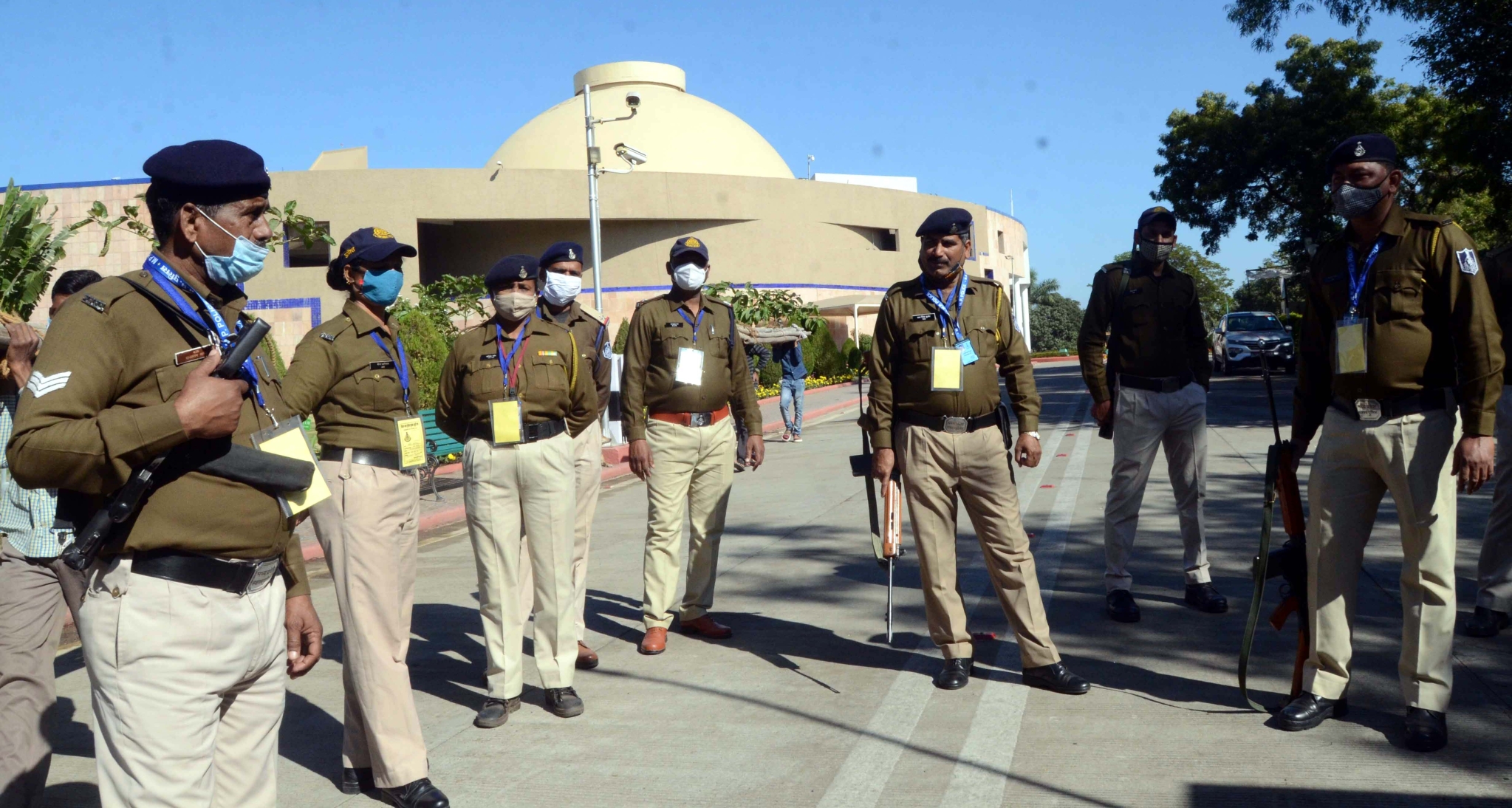 Security forces deployed on Sunday as Winter Session of Vidhan Sabha is commencing from Monday. | FP

The House was later adjourned for the day.

Earlier, as the House assembled on the opening day of the winter session, Speaker Girish Gautam mentioned about the death of various people, including some former MLAs, General Rawat, and a soldier martyred in a terrorist attack at Shopian in Kashmir.

Chief Minister Shivraj Singh Chouhan said, "General Rawat strengthened the armed forces. He had received a 'Sword of Honour' for his valour while passing out from the Indian Military Academy. His wife Madhulika belonged?? to the state and unfortunately, they both died together in a helicopter crash at Coonoor in Tamil Nadu." Chouhan also paid rich tributes to the Group Captain Varun Singh and Lance Naik Jitendra Singh, who also died following the crash.

He also mourned the death of Army soldier Karan Singh, who had laid down his life fighting terrorists in Shopian.

Leader of Opposition in the Assembly Kamal Nath said he was impressed with General Rawat's strategies, and recalled that he had met him twice.

Nath said General Rawat was appointed the CDS because of his qualities and seniority and the nation's security was always the first priority.

After the members observed silence for two minutes as a mark of respect to the departed souls, the Speaker adjourned the House for the day.