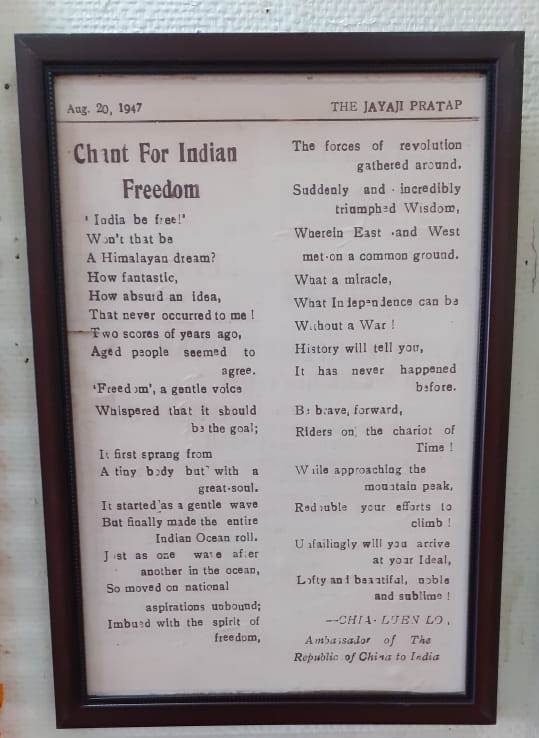 Bhopal (Madhya Pradesh): ‘What a miracle, What Independence can be, Without a war! History will tell you; It has never happened before… .’

These are the lines of a poem ‘Chant for Indian Freedom’, written by Chia Luen Lo, Ambassador of the Republic of China to India, and published in ‘Jayaji Pratap’ dated Aug 20, 1947. The envoy is expressing wonder over the country having achieved independence without violence.

The newspaper clipping is among a series of archival documents displayed in an exhibition on rare documents and photographs on "Freedom Struggle 1857-1957", which began at the State Museum at Shyamla Hills on Friday. The Directorate of Archaeology, Archives and Museums has organised to mark the 75th year of Indian independence.

A notification, issued on August 19, 1857 by the Home Department, Government of India, offering a (then) staggering sum of Rs 50,000 for the arrest of a freedom fighter Tatya Tope also forms a part of the exhibits.

The notification goes: “It is hereby notified that the Governor General of India in Council will pay the sum of Fifty Thousand Rupees (50,000 Rs) to any person or persons who may apprehend Sreemunt Dhoondoo Punt Nana Sahib of Bithour in the District Cawnpore, commonly called the Nana Sahib and deliver him to the secure custody of British Civil of Military Officer… .” By order of the Right Hon'ble the Governor General of India in Council '' - Secretary to the Government of India.

Another interesting document is a clipping of ‘Gwalior Akhbar’ dated 26 April 1856. The clipping is of a Sialkot-datelined story reporting that the “Gunners have received a paper exhorting them not to use the bullets supplied to them as they have been greased with the fat of cow and pig.”

A total of 20 exhibits pertain to the 1857 War of Independence and another 25 relate to the period 1857-1947. A report published in ‘Praja Pukar’, the weekly organ of Hindu Sabha, Bhopal about the sale of ‘Khadi Hundis’ of Rs 5 and Rs 10 during the celebration of Gandhi Saptah from September 30, 1934 to October 7, 1934 in Bhopal. After the end of the Saptah, the buyers would be able to use the Hundis to procure Khadi clothes of their choice from the Khadi Bhandar on a commission ranging from half-an-aana per rupee for cotton Khadi to 12 annas per rupee for silk khadi, the report says. 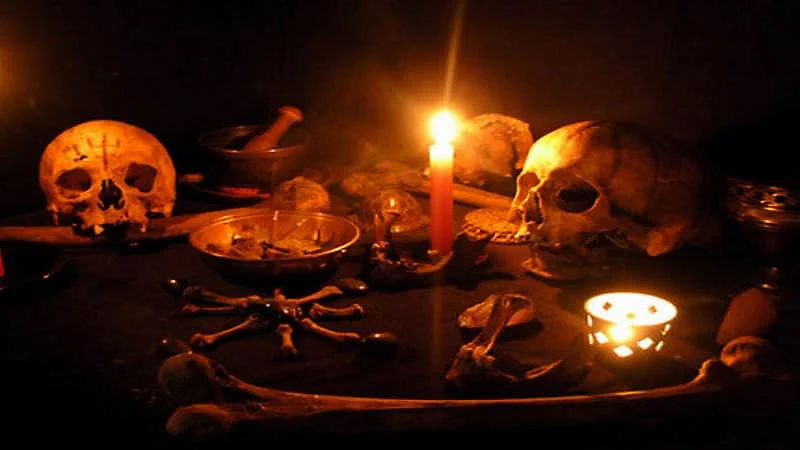