The tigress, identified as T-66, was spotted in Khitoli and Panpatha buffer zones of the reserve since the past one month.
PTI 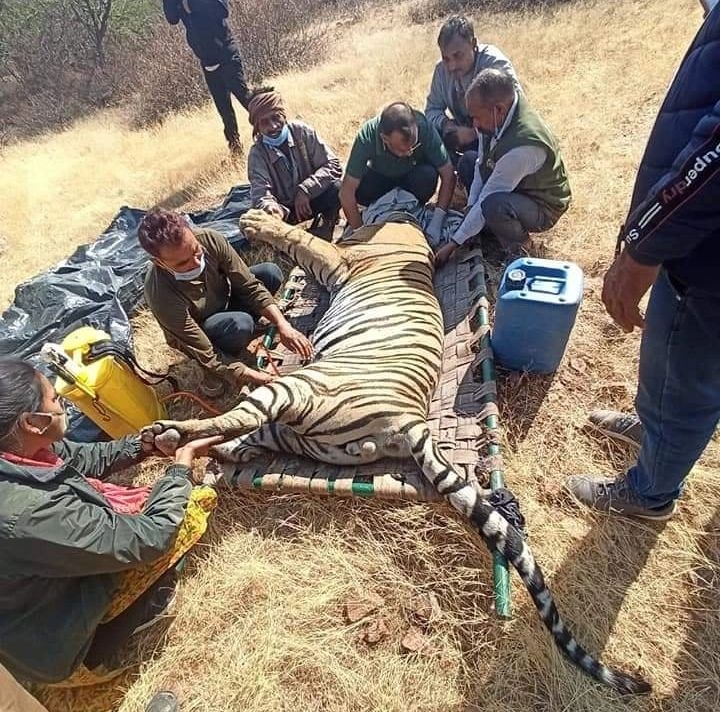 Bhopal (Madhya Pradesh): A 10-year-old injured tigress died two days after being rescued from a buffer zone of the Bandhavgarh Tiger Reserve (BTR) in Madhya Pradesh's Umaria district, an official said on Monday.

The tigress, identified as T-66, was spotted in Khitoli and Panpatha buffer zones of the reserve since the past one month.

A forest team was constantly monitoring the carnivore and it seemed to be unable to hunt its prey due to some serious injuries, a senior BTR official said in a statement.

The feline was rescued from the Khitoli zone on November 26 and brought to Baherha enclosure where a team of doctors from Jabalpur's Nanaji Deshmukh Veterinary Science University operated upon it, the official said.

At the time of rescue, the tigress appeared starved. Efforts were made to feed the big cat as per the advice of veterinary experts. But, the tigress was unable to eat and died on Sunday, the official said.

Later, an autopsy was conducted and the carcass were disposed of as per directives of the National Tiger Conservation Authority, he said.

Madhya Pradesh is home to a number of tiger reserves, including Kanha, Bandhavgarh, Pench, Satpura and Panna.

The state had regained the top position in the 2018 census with a population of 526 tigers.