Police also found 435 fake land ownership papers from possession of one of the accused. So far, six persons have been arrested including the arrest on Saturday. The accused sold one land to several persons using fake ownership certificates.

The accused have been identified as Hasib Khan, who was arrested from Gunga, Afsar Khan, 50, arrested from Ashoka Garden and Mashruruddin, resident of Budhwara. Afsar owns a printing press on Kotwali Road. Along with Mashruddin, he made fake seals and certificates.

Following a complaint filed by a resident of Ayodhya Nagar a few days ago, police had arrested Hemu aka Hemraj, 40, Azab Singh, 35, and Leela Bai, 62, all residents of Gunga. Based on their statements, more arrests were made on Saturday. Ayodhya Nagar police station in charge Pawan Sen said accused are on police remand.

Read Also
Madhya Pradesh: Will take to streets, if no complete prohibition on liquor is imposed, says former... 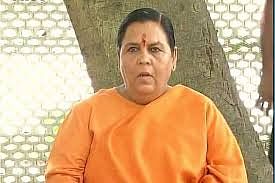