HomeBhopalMadhya Pradesh: Will take to streets, if no complete prohibition on liquor is imposed, says former union minister Uma Bharti

Madhya Pradesh: Will take to streets, if no complete prohibition on liquor is imposed, says former union minister Uma Bharti

Uma Bharti held a press conference at her residence here in Bhopal on Saturday.

Bhopal (Madhya Pradesh): Former union minister and senior BJP leader Uma Bharti has given ultimatum to Chief Minister Shivraj Singh Chouhan and state BJP president VD Sharma to impose a total ban on liquor before January 14, otherwise she will take to the streets in support of her demand.

Uma Bharti held a press conference at her residence here in Bhopal on Saturday.

“I will run a campaign against consumption of liquor and drugs for six months. I believe that the state government will support my campaign,” Bharti said.

She added that she would take to the streets from January 15, if the state government failed to impose a complete ban on liquor.

This is not the first time when Uma Bharti, who has served as Chief Minister of Madhya Pradesh for two years, has advocated for putting a complete ban on liquor and drugs in Madhya Pradesh.

Earlier in January this year, she had urged National BJP president BJP Nadda to ensure ban on liquor in BJP ruled states. In February, she had also announced that she would run a campaign seeking public participation for liquor ban. 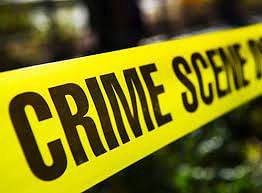