The incident occurred because of heavy rain.
Staff Reporter 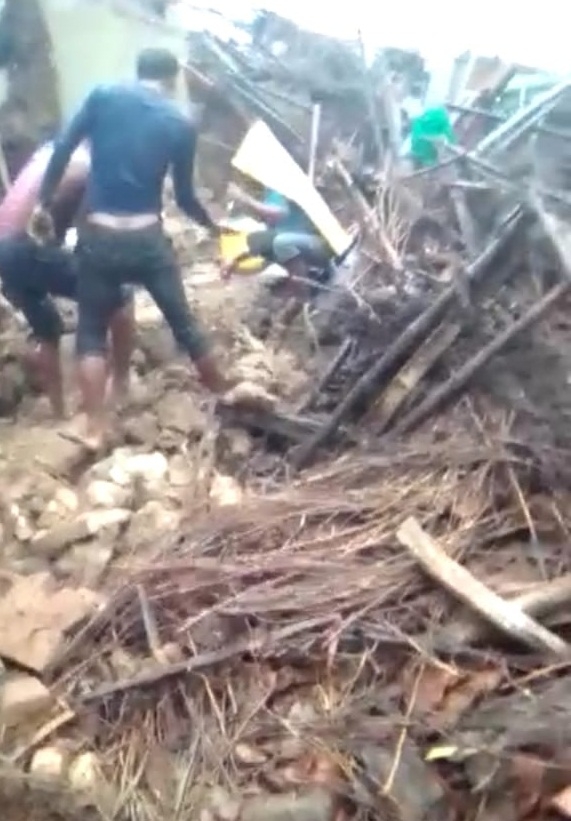 Rewa (Madhya Pradesh): Six people have died and five sustained injuries in two major incidents in the Rewa-Singrauli region in the past 12 hours.

The incidents occurred because of the heavy rain.

The wall of a kutcha house caved in on a family which was sleeping in the house in Rewa. Four members of the family died and two people suffered severe injuries.

On getting the information, the police rushed to the spot. The house belongs to Manoj Pandey of Behera village under Garh police station of Mangawan tehsil.

Those who lost their lives have been identified as Manoj Pandey (35), his mother Kameli Pandey (60), two daughters Kajal (eight) and Aanchal Pandey (seven).

Manoj's wife and son lying under the rubbles were admitted to the hospital, the police said.

At the same time, the wall of the company fell on the slum area in Singrauli. During this period, two brothers died and three people including parents sustained injuries.

Police station in charge, Abhimanyu Dwivedi, said that the wall of the company had collapsed. As a result, the Jhuggi of labourer Bhola Munda (32), a resident of Jharkhand, came under the debris of the wall.