Madhya Pradesh: Scindia offers prayers at Shani temple in Moren to get rid of ‘Sade Sati’

Scindia offered prayers at the temple six months ago, too, to woo Saturn.
FP News Service 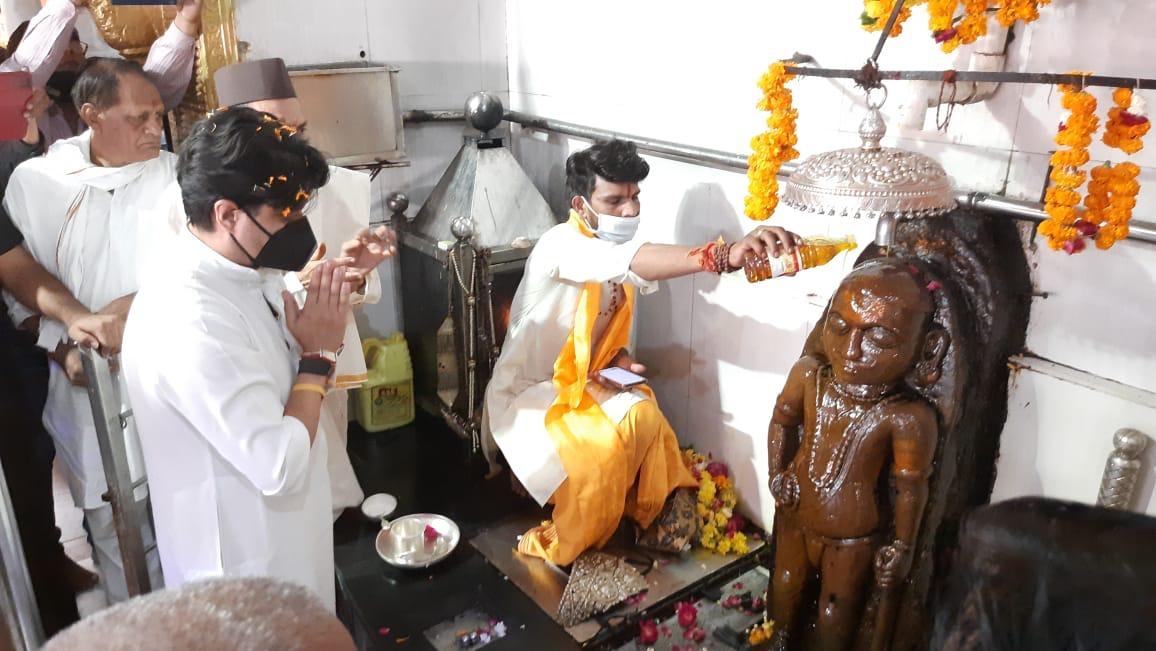 Gwalior (Madhya Pradesh): Union minister of civil aviation Jyotiraditya Scindia offered oil at the feet of the idol of Saturn in Shani temple in Morena on Saturday to get rid of the influence of ‘Sade Sati,’ official sources said.

According to Scindia’s horoscope, he is under the influence of seven-and-a-half-year of Saturn (Sade Sati).

The astrologers consider this period inauspicious as a native during this period faces many challenges.

Scindia offered prayers at the temple six months ago, too, to woo Saturn.

The temple situated at the summit of the Enti hillocks traces back to an unfathomable antiquity.
He also donated several items at the temple to get rid of Saturn’s influence.

Scindia spoke about his family’s connection with the temple. He was inducted into the Union ministry after he had offered prayers at the Shani temple

He prayed for the happiness of every citizen and for the prosperity of the country.

He also had a Darshan (glimpses) of Lord Hanuman whose temple is built on the premises of the Shani temple.

The ministers, the chief ministers and the politicians from different parts of the country visit the Shani temple to get their wishes fulfilled.

Air services soon for those who wear Hawai Chappals

Scindia said that the Central Government was worried because of the burden of a debt of Rs 1, 10,000 crore on Air India, but it had been done away with.

The government is making all efforts to let those who wear ‘Hawai Chappals’ to travel by flights.

The government plans to connect even small cities in the country with air services, Scindia said, adding that the purpose is to let those who travel by the second class compartment on trains go anywhere by air.