HomeBhopalMadhya Pradesh: Over 6 religious conversions in one-and-a-half month in state

Madhya Pradesh: Over 6 religious conversions in one-and-a-half month in state

Following a fresh episode, the state police claimed to have arrested a couple in Barwani district for allegedly trying to lure tribal women to convert to Christianity.

Bhopal (Madhya Pradesh): State has witnessed over six instances of religious conversions of Hindu persons in a span of one-and-a-half month, triggering a controversy in different parts of the state. In all cases, Christian missionaries have been accused of the conversion.

Following a fresh episode, the Madhya Pradesh police claimed to have arrested a couple in Barwani district for allegedly trying to lure tribal women to convert to Christianity.

Those arrested for their alleged involvement in religious conversion, have been identified as Anar Singh Jamre, 35, and his wife Laxmi Jamre, 32, residents of Nawalpura village, the police said.

The police told IANS that the couple has been booked under the provisions of Madhya Pradesh Freedom of Religion Act (MP-FRA). The police action was initiated following a written complaint filed by a resident of Barwani district on Friday.

"As per the complaint, the couple had been luring the tribal women for conversion to Christianity by offering money, free education, free medicines, employment and other facilities after inviting them to their residence," a senior police official in Barwani district said, claiming that they have also seized some related literature, pen drives and other material from the couple's house.

The amended Madhya Pradesh Freedom of Religion Act penalises religious conversions through fraudulent means including those for the sake of marriage. In cases involving religious conversion of members of Scheduled Castes, Scheduled Tribes and minors, a provision has been made for imprisonment of two to 10 years and Rs 50,000 fine.

Recently, a school run by a Bhopal-based Christian missionary was vandalised in Vidisha district by a right-wing group accusing the school management of being involved in alleged conversion of Hindu children.

However, the police had arrested five persons involved in vandalising and creating violence at school premises. The National Confederation for Protection of Child Rights (NCPCR) had also directed the district administration to investigate the matter.

A similar case was reported on December 10 in Sagar district, in which a father of two children had alleged that Christian missionary school (St. Francis Sevadham) forced his children to "eat cow meat and read Bible". The NCPCR has directed district Superintendent of Police (SP), Sagar to investigate the issue, and take appropriate action.

On November 10, the NCPCR had inspected a Christian missionary run women hostel in Raisen district in Madhya Pradesh and had claimed that it had uncovered an alleged conversion racket wherein Hindu girls were being converted to Christianity.

Last month, the police in Madhya Pradesh had arrested 11 people including seven from Rajasthan and Gujarat, in two cases of religious conversion in Khargone and Jhabua districts. 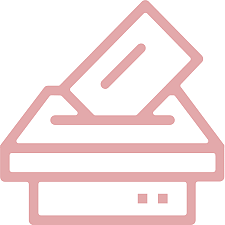