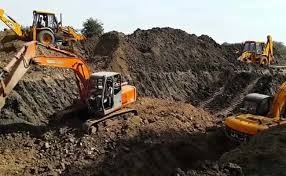 BHOPAL: Officials of the forest department were attacked by over 100 goons allegedly working for the mining mafia in Morena district on the intervening night of Thursday and Friday. Forest officials say that they had to run for their lives as police, despite being informed, didn’t respond to their call on time.

According to the reports, Rithora deputy ranger Jitendra Solanki received information that some people were carrying out excavation near the rest house of the tourism department located in village Parhaoli. Solanki went to the spot along with a team of about a dozen forest officials.

Deputy ranger Solanki said that when he reached the spot he was surprised to see that over 100 people were engaged in excavating stones from an old quarry. Two heavy machines were also deployed for the work.

“We barely moved towards the quarry that the people working there started firing on us . They started gheraoing us from all sides. Without losing anytime we returned along with our team to save our lives,” said Solanki.

In-charge of Rithora police station, Sanjay Kirar said that he got a call from the deputy ranger asking for a few policemen as they were going to take action against mining mafias. “I said what will a few policemen do against mining mafias, I am sending appropriate force for the action. However, when the police force reached the spot forest officials had left the spot and so we came back,” said Kirar.

Morena district has become infamous for attacks on police and forest officials by illegal miners. Sub divisional officer of forest department, Shradha Pendre was attacked 11 times in her tenure of three months in the district as she had taken large scale action of seizure of trucks, tractors and trolleys carrying illegal sand and stones. 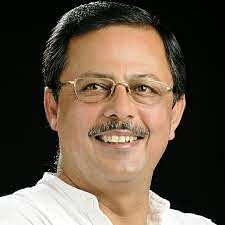