According to the information, Babulal Jatav, resident of Nayagaon, Bhind, was upset because of his buffalo not yielding milk.
Staff Reporter 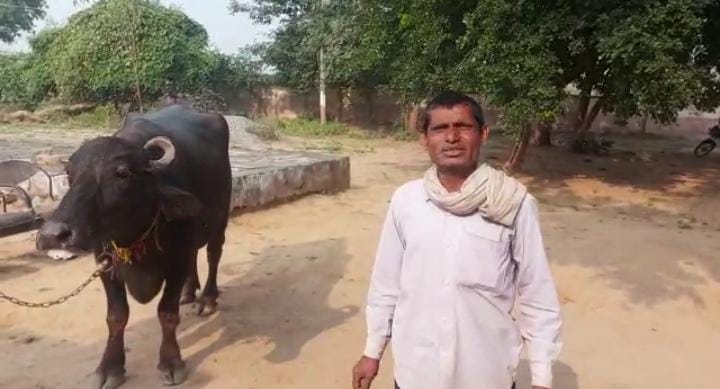 Babulal Jatav and his buffalo |

Bhind (Madhya Pradesh): A man along with his buffalo reached Nayagaon police station of Bhind district and pleaded for help. “Sir, Buffalo is not yielding milk, please help,” the man said.

Meanwhile, DSP headquarter Arvind Shah said that the man had recently bought buffalo who was upset with his buffalo. Because of not yielding milk, someone from the village advised him to ask for help from the police. The police were somehow convinced and sent him back. The police would help him in whatever way possible as he came with the expectation of help, said DSP Shah.