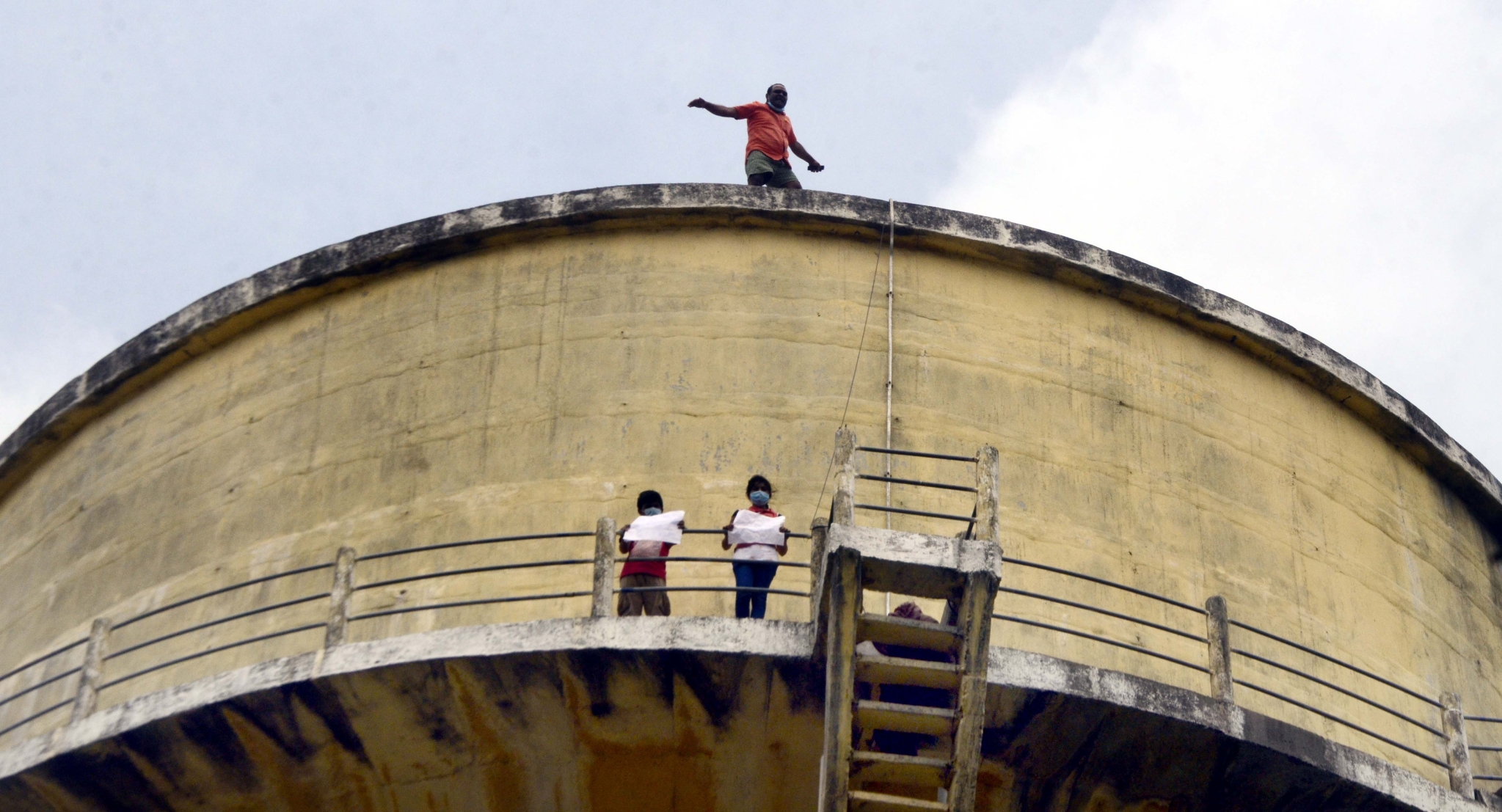 Bhopal (Madhya Pradesh): A high voltage drama took place on Hoshangabad road when a man along with his family members climbed atop a 100-metre-high water overhead tank alleging harassment by goons who, he said, encroached upon his land. The high drama ended after 7 hours in presence of SDRF and police teams.

The senior police and administrative officials from Bhopal and Gouharganj kept on persuading the man to come down. The man came down at around 7 pm on insistence of media and additional superintendent of police (ASP) Rajesh Singh Bhadauria. Though he came down, he asked his wife and children to stay atop and only come down once he gets assurance from officials.

The family members alleged that their relative who is a mahant at Bhojpur temple and a goon have occupied their farmland. They said the goons beat them whenever they lodged complaint. The local officials neglected them under pressure from local MLA.

The 40-year-old Ritesh Goswami, who lives in Indore, has land in Gouharganj in Raisen district and Bangrasia area of Bhopal. Goswami, his wife Seema and three of their minor children including two girls climbed the tank at about 11 am.

Goswami repeatedly shouted and alleged that some goons had encroached upon his land at his native place in Gouharganj in Raisen district.

The overhead tank is located in front of D mart. When cops tried to reach him, he threatened to jump from the tank. The man forced them to return and warned that if his demands are not heard, he will end his life with his family members.

The fire brigade team laid net all around the overhead tank to deal with any untoward situation. Local sub divisional magistrate also reached the spot and all of them tried to convince the family members to get down.

ASP Rajesh Bhadauria said that he had helped the man once and thus he trusted him and came down. Bhadauriya said family members are being counselled.