The minister said the stone pelters and rioters would not be spared.

Rioters and stone pelters will not be spared, said home minister Narottam Mishra talking to media persons and sharing the information regarding the government’s decision on Wednesday.

Under the Recovery of Damages to Public and Private Property Act, the minister said a claim tribunal would be set up under the Act to initiate proceedings to realise penalty from stone pelters and others who damage government and private properties.

Notably, in the backdrop of stone pelting incidents in Indore and certain other places chief minister Shivraj Singh Chouhan announced in January this year that a strict law would be enacted to deal with stone-pelters who damage public and private properties in Madhya Pradesh.

He had said, “Stone pelters are enemies to the society. Their crime is not a minor crime which may result in a stampede and cause loss of life. They create atmosphere of fear and terror in society. They will not be spared.”

Uttar Pradesh’ Yogi Adityanath government has already brought a bill passed in the state assembly in March this year as per which rioters and stone pelters found guilty of damaging government and private properties may face imprisonment up to one year and fine from Rs 5000 to Rs 1 lakh. 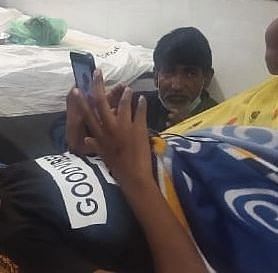