Air India's flight AI436 and two others flights were delayed due to dense fog conditions in the morning, Ram Awasthi, Director of Bhopal's Raja Bhoj Airport said at around 10 am.

Air India's flight AI436 and two others flights were delayed due to dense fog conditions in the morning, Ram Awasthi, Director of Bhopal's Raja Bhoj Airport said at around 10 am.

Visibility has improved progressively (as noon approached), he added.

Some passengers expressed annoyance for not being informed in advance about the delays.

There was dense fog since morning, so we could have been informed in time, said K Nivedita, whose 8am flight to to Delhi from here was rescheduled for 11:25am.

"Visibility in Bhopal due to fog remained at 100 to 500 metres till 8.30 am. At around 10am, it improved to one kilometre. In Damoh district in MP's Bundelkhand, visibility is at around 50 metres," the senior meteorologist said.

"The fog and cloudy weather is due to a western disturbance over northern parts of India. An induced cyclonic circulation formed over south-west Rajasthan has brought the change. The circulation is causing moisture incursion in MP," he said.

Parts of the state witness rain

Some areas also witnessed rain in the last 24 hours, he informed.

"Khajuraho and Nowgaon in Chhatarpur district recorded 5.8 mm and 1.8 mm rainfall, respectively, in the last 24 hours. Datia received1.4 mm rain. It may drizzle in some places on Tuesday and Wednesday as well," Husain said.

The lowest temperature in the state, at 8.8 degrees Celsius, was recorded in Gwalior, the official added. 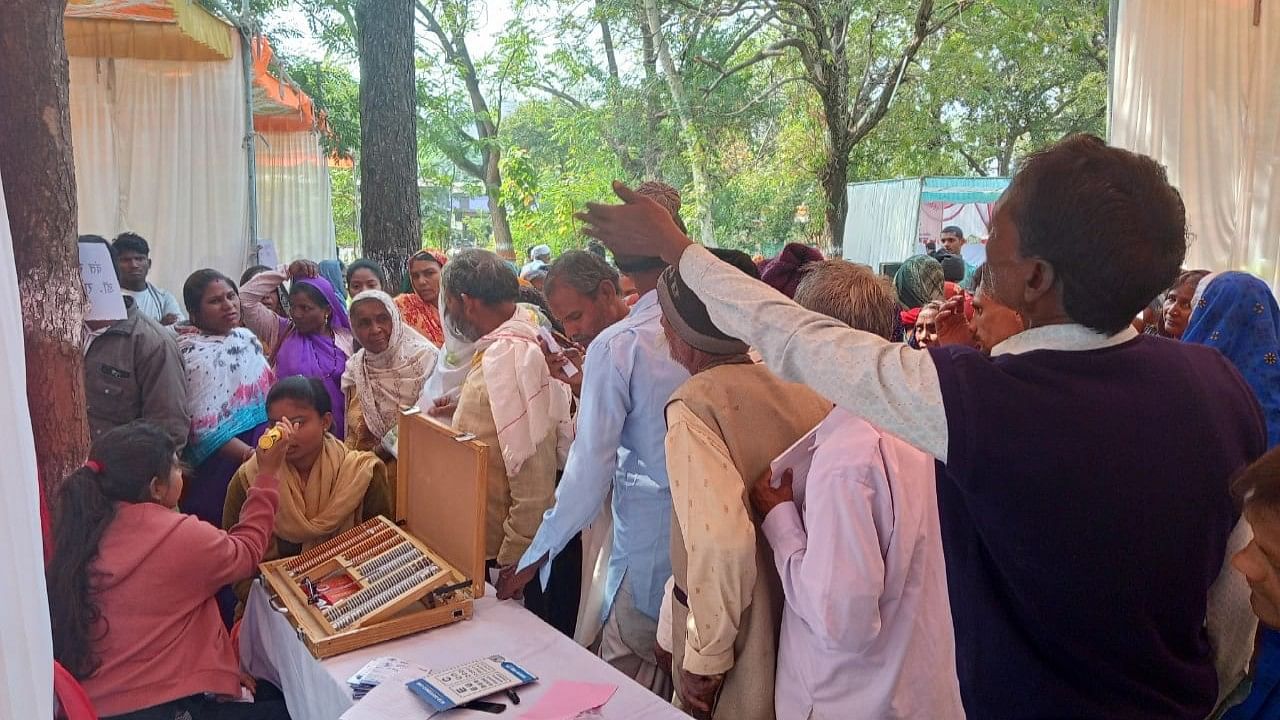