The injured parents were identified as Ambika Prasad Pandey (55) and Sheela Pandey (50). After committing the crime, the accused son fled from the spot.
Staff Reporter 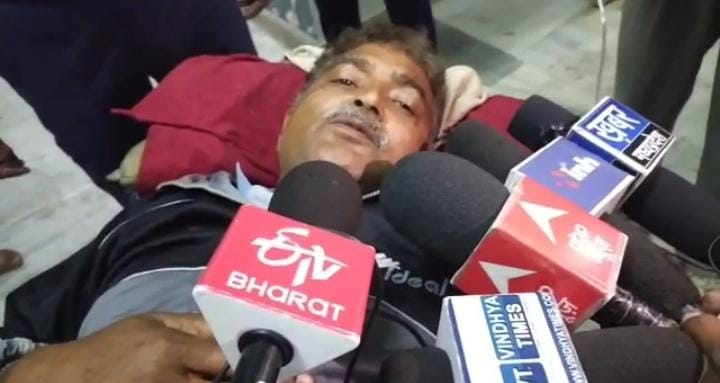 Rewa (Madhya Pradesh): An ex-army man shot his parents in Pindariya Sengar village, under Laur police station in Rewa on Tuesday. The parents suffered severe injuries in the incident.

The injured parents were identified as Ambika Prasad Pandey (55) and Sheela Pandey (50). After committing the crime, the accused son fled from the spot.

According to the sources, the accused son Abhishek Pandey had an argument with his father over an issue. When the matter escalated, Abhishek heated and opened fire at his father with his license gun. At the same time, the bullet also hit his mother standing beside his father.

As soon as the neighbour heard the sound of a bullet, they rushed to the spot. When the family members called the ambulance and informed the police about the incident. The kins took the couple to community health center, Mauganj but the doctor immediately referred them to the Sanjay Gandhi hospital.

Acting on the information, the police reached the spot and started searching to nab the absconding accused son.

Father Ambika Prasad Pandey says that he is also a retired army soldier, a few years ago, he had got his son Abhishek Pandey's job in the army but his son had left the army job a year ago. Ambika prasad further said that he often used to ask his son to go back to the job. But because of the domestic dispute, he used to fight with them. During his service in the army, he had taken a licensed gun, from which he opened fire and injured him and his wife, Ambika Prasad added.

CMO posted at Sanjay Gandhi Hospital, Dr Alakh Prakash said that the couple had injuries in their legs, adding that they had been treated by the doctors and they were out of danger. 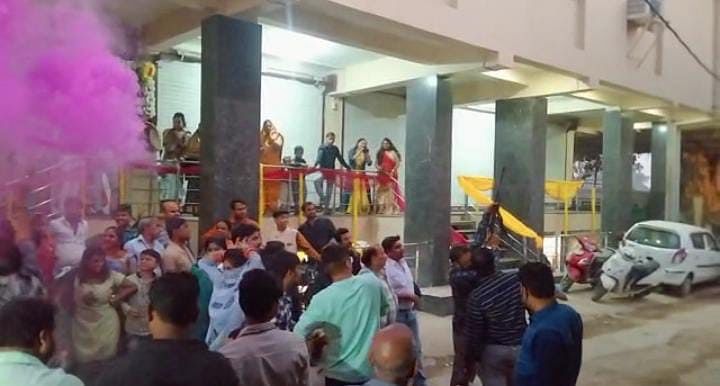