Madhya Pradesh: Congress is circus with no leader, says Chouhan at election meeting in Khandwa

‘I have never seen such a wonderful party in the world that doesn’t have even a president.’
Staff Reporter

Bhopal: Stepping up campaign for the BJP with a series of public meetings in Khandwa Lok Sabha constituency on Saturday chief minister Shivraj Singh Chouhan termed the Opposition Congress as a circus which has no leader as its head, as per state BJP headquarters at Bhopal.

“Congress has become a circus. Right now there is no Congress president. Madam Sonia Gandhi is working President. Rahul Gandhi ji is nothing in the Congress but they decide which chief ministers are to be removed,” said Chouhan.

Chouhan said, “I have never seen such a wonderful party in the world that the party doesn’t have even its president.”

He said Captain Saheb was running the Congress government in Punjab as a chief minister but he was replaced with Channi Sahab. “G-23 is a separate group of Congress. Sidhu ji is also amazing. ‘Hum to dubenge sanam tumhe bhi le dubenge’. Congress has ruined its own and stable government.

CM addressed public meetings at Fofnar, Kalmukhi, Satwas, Kalam Phata, Baijagwada, Namanpur, Narayanpura etc and made an appeal to people to vote for the BJP candidate Gyaneshwar Patil, as per BJP leaders.

Attacking the state Congress president Kamal Nath for one-man show in the state unit of the party the CM said, “Kamal Nath is everything in Madhya Pradesh Congress. When it came to becoming chief minister (in 2018) it’s Kamal Nath. When it came to becoming leader of the Opposition in the state assembly then again Kamal Nath’s name was there, none else. The party’s state unit president happens to be Nath himself. He is star campaigner also. His son Nakul Nath also a leader in the party. The remaining Congress looks like an orphan.”

“Who is asking poor Arun Yadav ji (to play any role in the party). This is the Congress which did not allow even a person like late Subhash Yadav ji (father of ex-MP Arun Yadav) to become the chief minister of the state and now Arun Bhaiya (Arun Yadav) is not even allowed to become an MP as he was not given the party ticket”, said the CM.

Chouhan said the situation in the Congress was not good in Rajasthan and Chhattisgarh either.

“A 50-50 is going on in Chhattisgarh and Rajasthan too. There are leaders who are demanding their share in power that they should be allowed to become CM for the remaining 50% of the term. This is why, Congress has ceased to be a party and it has become a circus”, added the CM.

CM said the BJP government in Madhya Pradesh didn’t leave any stone unturned in providing to people in general and the poor in particular water, electricity, health facilities, housing and other basic amenities of life.

However, earlier, when the Congress government came (in 2018) construction work on all the roads, culverts and development works came to a halt. It’s only commission and corruption that was going on. 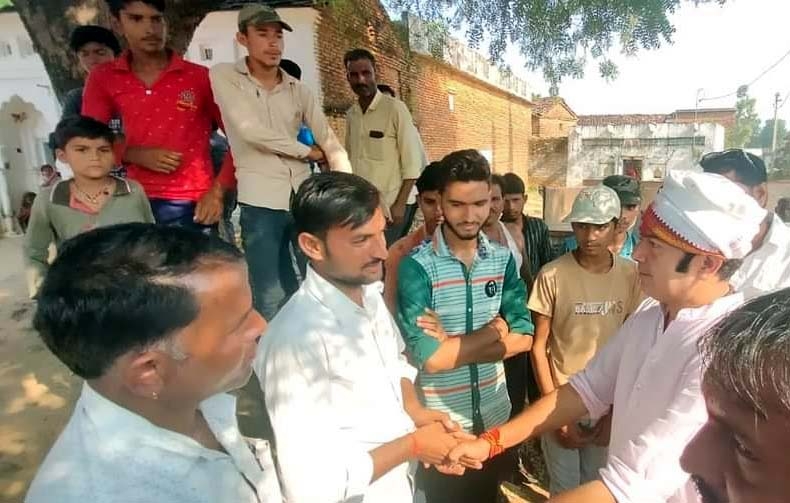