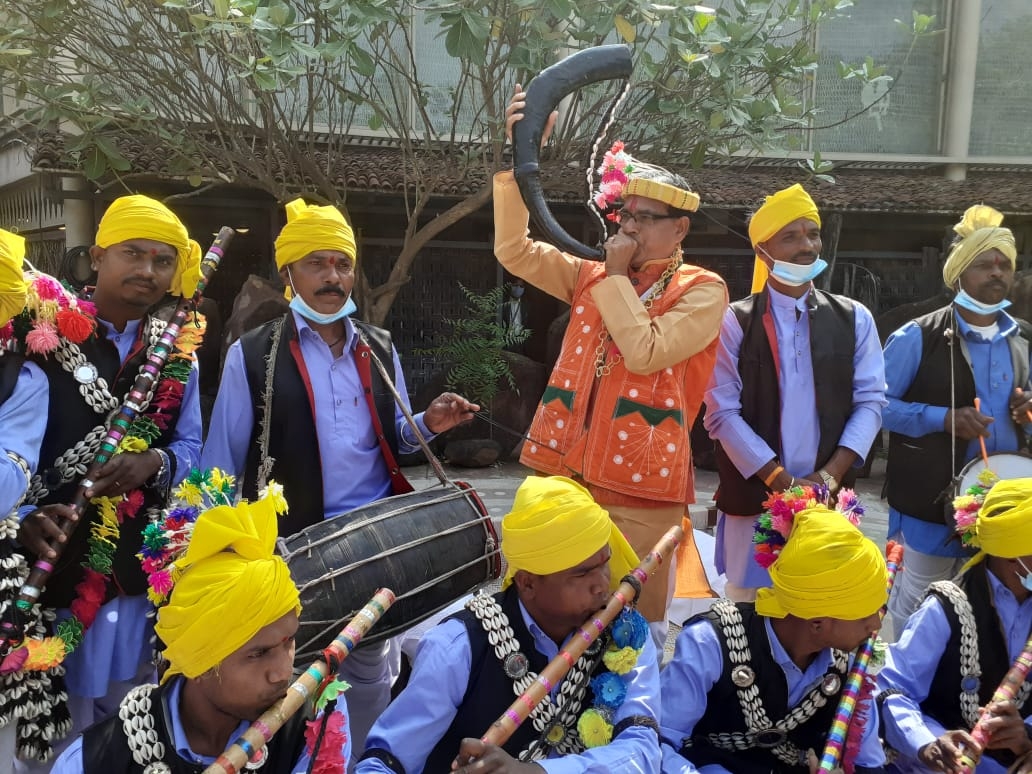 The chief minister was speaking at an event at the MP Tribal Museum on Sunday where he inaugurated a gallery on tribal freedom fighters.

Chouhan said that the award would go to tribal artistes for their outstanding performance and remarkable contribution to the field of tribal art, songs and music.

The troupes of the seven tribal artistes from across the state and from Chhattisgarh including Baiga, Bhil, Gond, Korku, Kol, Bharia, Sahaira welcomed Chouhan with their traditional dance and songs. Chief Minister also played dhol and danced with them. He said that the tribals are known for their simplicity and the city people can learn a lot from them.

Chouhan said that tribal warriors had fought valiantly to free Bharat Mata from the chain of bondage. Rani Kamlapati had jumped into the Lower Lake of Bhopal to save her honour after her kingdom was usurped by Afghan ruler Dost Mohammed Khan by deceit.

He thanked Prime Minister Narendra Modi for renaming Habibganj Railway Station after Rani Kamlapati. “The station was named after a nephew of the Nawab of Bhopal, who was loyal to Pakistan,” he said.

Chouhan said that Janjatiya Gaurav Diwas was not only about promoting and preserving tribal culture but also about social, economic and educational empowerment of the tribals. “I want my Adivasi nephews and nieces to become SP, collector, doctor, professor, artist and scientist. Your Mama and Modi ji are with you,” he said. Culture minister Usha Thakur and other officials were present on the occasion.