Before the bypolls, the BJP had won five consecutive elections in Raigaon since 1993 and lost once to the Bahujan Samaj Party (BSP) in 2013, and thus making the seat a BJP stronghold, like Prithvipur and Jobat where Congress was dominant.
IANS 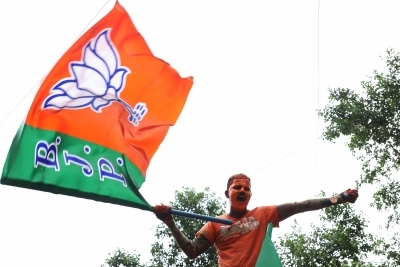 Bhopal (Madhya Pradesh): Though the top BJP leadership in Madhya Pradesh is patting own back after snatching two Congress-held assembly seats in bypolls, the loss of Raigaon seat is a clear indication of differences within the party rank in Vindhya region.

Before the bypolls, the BJP had won five consecutive elections in Raigaon since 1993 and lost once to the Bahujan Samaj Party (BSP) in 2013, and thus making the seat a BJP stronghold, like Prithvipur and Jobat where Congress was dominant.

In the post-bypoll analysis, the top BJP leadership in the state claimed it lost Raigaon because the BSP did not field its candidate, though regional party leaders of Vindhya region differ and point out groupism at the local level.

A senior BJP leader in Vidhya region, who was one of the election in-charge for Raigaon Assembly seat said the groupism among local leaders and selection of candidate were the main reasons behind the party's defeat in Raigaon.

"A wrong candidate, who had no credibility, was selected. She was a dummy," said the senior BJP leader who did not want to be identified.

Another BJP MLA of Vindhya region told the newly agency that the people were not happy with Satna MP Ganesh Singh under whom leadership the Raigaon bypoll was fought.

"There were differences among the party leaders. Also, there was lack of coordination among those entrusted with the Raigaon seat. Top leadership may give some or the other reason for the loss, but the fact that party leaders who were in-charge to oversee the bypoll were stopped from visiting Raigaon," said a BJP MLA from Satna district.

Among three Assembly constituencies and one Lok Sabha seat that went for bypolls on October 30, Raigaon was the only seat where both parties (BJP and Congress) had fielded women candidates.

BJP's Pratima Bagari lost to Congress' Kalpana Verma by a margin of 12,290 votes. The Congress managed to win Raigaon after three decades.

Out of the three Assembly constituencies that went for bypolls, BJP won Prithvipur and Jobat, while the Congress won Raigaon. The BJP also retained Khandwa Lok Sabha seat.