While the BJP dubbed the Congress as "anti-OBC", the latter alleged that the ruling party is trying to bring to reality the Rashtriya Swayamsevak Sangh's (RSS) "dream of ending reservation".
Staff Reporter 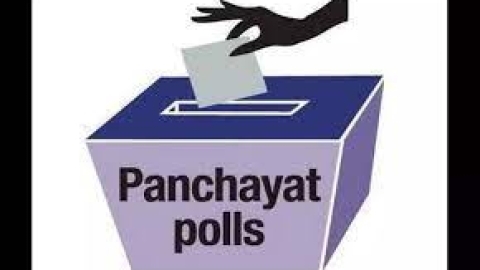 Bhopal (Madhya Pradesh): A war of words broke out between the ruling BJP and opposition Congress in Madhya Pradesh after the Supreme Court directed the State Election Commission (SEC) to stay the poll process on seats reserved for Other Backward Classes (OBCs) in the local bodies in the state and re-notify those seats for the general category.

While the BJP dubbed the Congress as "anti-OBC", the latter alleged that the ruling party is trying to bring to reality the Rashtriya Swayamsevak Sangh's (RSS) "dream of ending reservation".

The Supreme Court decision on Friday came after a Congress leader Manmohan Nagar, president of Bhopal Jila Panchayat, approached the apex court pleading that the BJP government in Madhya Pradesh violated the constitutional provisions on reservation rotation and delimitation for Panchayat polls in the state.

A bench of Justices A M Khanwilkar and C T Ravikumar observed that it had passed an order on December 15, directing the SEC to notify the seats in the local bodies in Maharashtra, which were reserved for the OBCs, as general category. The bench passed an order staying the election process only in respect of OBC seats in all the local bodies in MP and to re-notify those seats for general category.

After the SC stay, the BJP accused the Congress of opposing the OBC reservation.

"Congress has always been anti-OBC. The Supreme Court stay on OBC reservation came due to the opposition party. Congress entangled the OBC reservation into the legal process," Madhya Pradesh Minister for Urban Development Bhupendra Singh told reporters in Sagar on Saturday.

He claimed that the pleas of the petitioner's lawyer led to the SC's decision.

The decision of giving 27 per cent reservation to OBCs was taken by the BJP government to fulfill the long-pending demand of these classes, Singh said.

The minister said he has convened a meeting of all OBC organisations on Sunday to discuss the future strategy in this regard.

Hitting back at the ruling party, former minister and sitting Congress MLA Kamleshwar Patel said, "The BJP government in MP is trying to bring to reality the RSS and its leaders' dream of ending the reservation." Petitioner Manmohan Nagar told PTI that he had approached the SC as the present BJP government skipped the rotation in reservation and delimitation carried out in 2019 and went ahead on the basis of this process held before previous Panchayat elections.

"We didn't approach the court for OBC reservation. We will again appeal in the Supreme Court after consulting with the lawyer," he said.

Congress's Rajya Sabha MP and petitioner's lawyer Vivek Tankha took to Twitter to clarify the party's stand on this decision.

"OBC reservation was not challenged in our HC/SLP. Our petition was regarding mandatory (reservation) rotation, which is a constitutional requirement and in the interest of all classes. The lawyers of the MP Government and SEC were present in the court. They had to convince the court with the figures (of OBC) and that there is a fundamental difference between the cases of MP and Maharashtra. These facts can be presented before the court," Tankha said.

However, the focus of the state government was only to stop the reservation rotation and it did not pay attention to the decision taken in regard to Maharashtra, he said.

Tankha said the BJP government in MP should take necessary steps in public interest and in the interests of OBC. 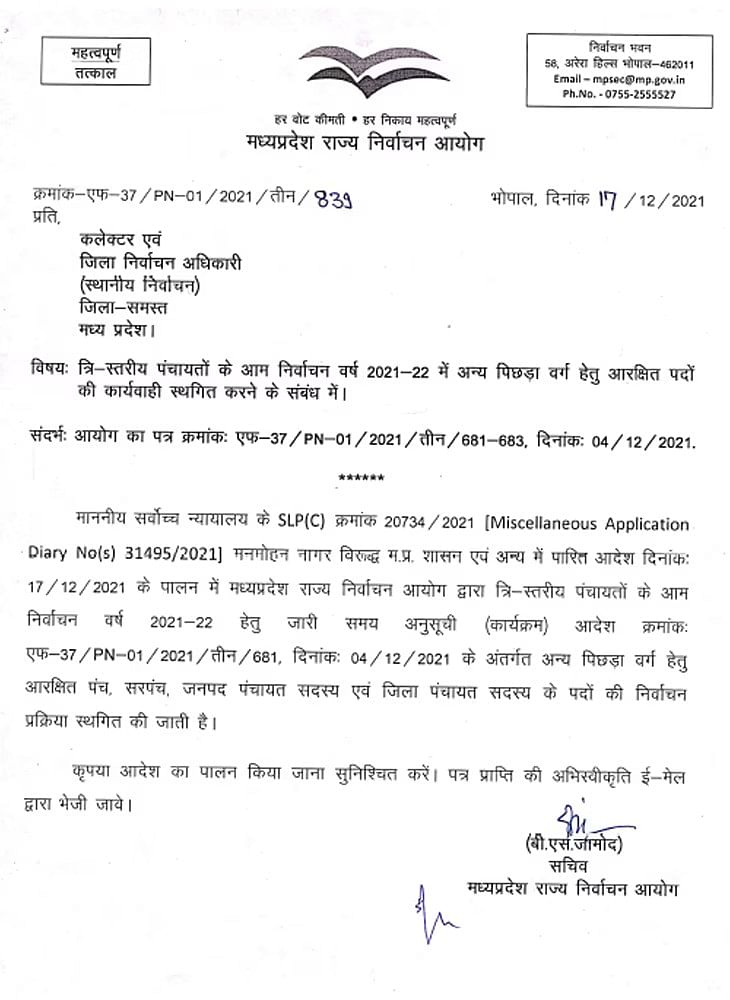