Muskan, along with Ragini Marko, Srishti Singh and Nikita Dagar, clinched gold at the championship, beating Punjab by 232-230 points in the final on Wednesday.

Marko bagged another silver for the state in women’s 50X50 m distance with a score of 699 out of 720 and Kirar secured the bronze with 698 points. Vennam Jyoti Surekha of PSPB bagged gold with 704 points out of 720.

The National Archery Championship is being organised by Jharkhand Archery Association while Tata Steel is the local host. It began from October 1 and is scheduled to conclude on October 10 with final recurve round.

The last National Championships was held in Cuttack in 2019. The championship returning after the pandemic-induced break, had received maximum number of entries ever, that is, 950 from 40 units. 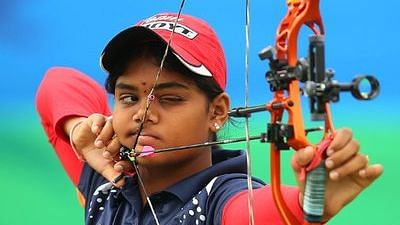