Madhya Pradesh: A dead leopard found in a pond in buffer zone of Pench Tiger Reserve

The villagers walking along the banks of the pond saw the leopard floating in the pond in the Morning.
FP News Service 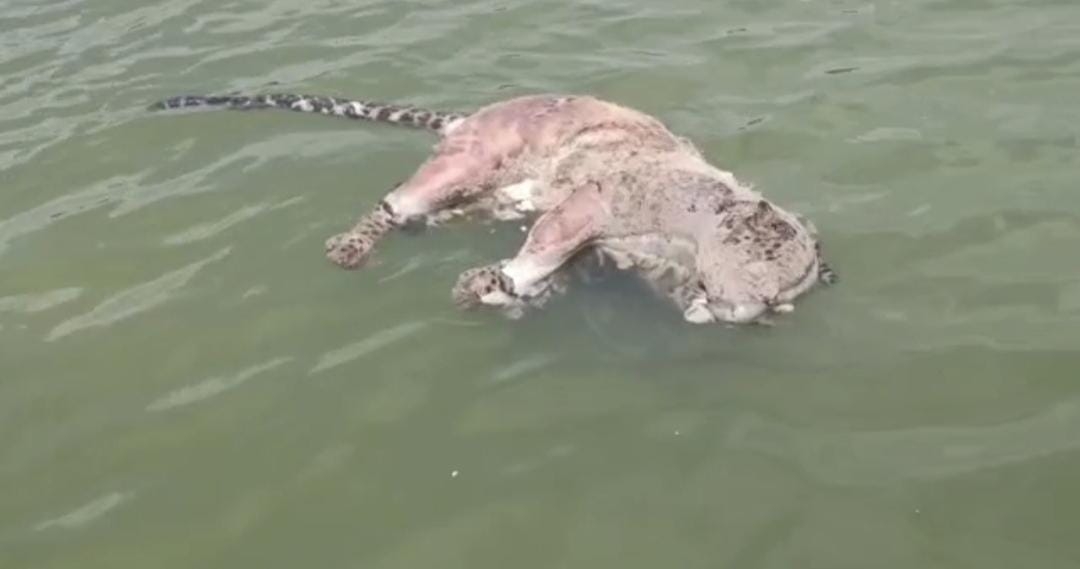 Chhindwara (Madhya Pradesh): A dead leopard was found floating in a pond in Meghdaun village adjoining the buffer zone of Pench Tiger Reserve on Tuesday.

The villagers walking along the banks of the pond saw the leopard floating in the pond in the Morning. After that they immediately informed the forest department.

Acting on the information, the forest department team reached the spot and started investigation into the matter.

Forest department officials said that the dead leopard was an adult leopard. It has been taken out and sent for the post mortem. The reason for the death of the leopard would get clear after the PM report, officials added.

Nonetheless, local villagers said that the leopard has died because of the electric wires applied in the fields adding that the dead body was thrown here four days ago.

The government, however, is making various efforts for the protection of wild animals, but despite this, the death figures of wild animals are not decreasing in the state. After this incident, questions are being raised once again on the security of the Forest Department.