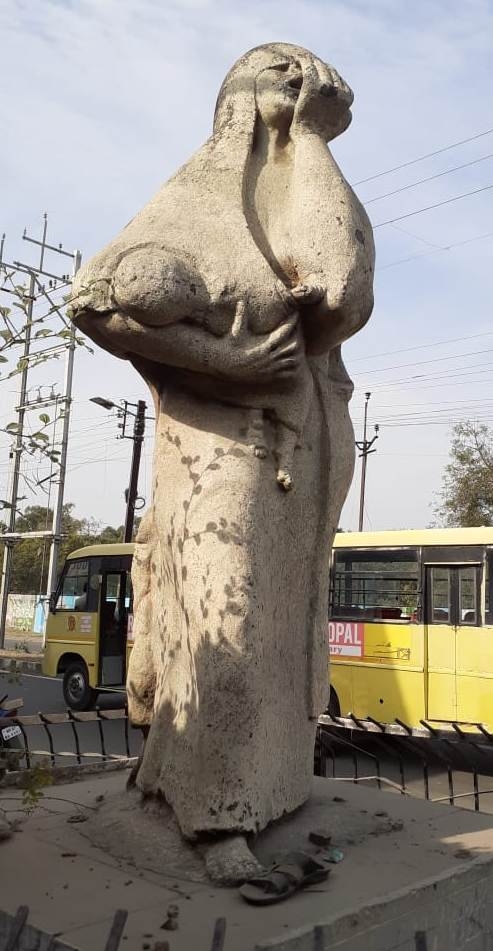 Bhopal (Madhya Pradesh): A statue of Mother and Child, opposite the Union Carbide Plant in the state capital, is in a pathetic condition.

The concrete sculpture, made by Dutch artist Ruth Waterman, depicts the 1984 Bhopal gas tragedy. A thick coat of dust covers the sculpture. Cement is peeling off at many places and discarded slippers lie at its bottom. The slipper lies on the platform which the statue is sitting upon, surrounded by a net of iron bars.

The sculpture was installed in 1986 and was the first memorial to the gas tragedy. It depicts a woman, carrying a small baby, escaping from the toxic gas. Another little child is clutching the woman from the back.

A black-granite plaque below the sculpture reads: “No Hiroshima, No Bhopal. We Want to Live. Memorial dedicated to the victims of the gas disaster caused by the multinational kiler Union Carbide on 2 & 3 December 1984. Sculpture by Ruth Waterman / Sanjay Mitra.” The plaque has cracked from the middle. 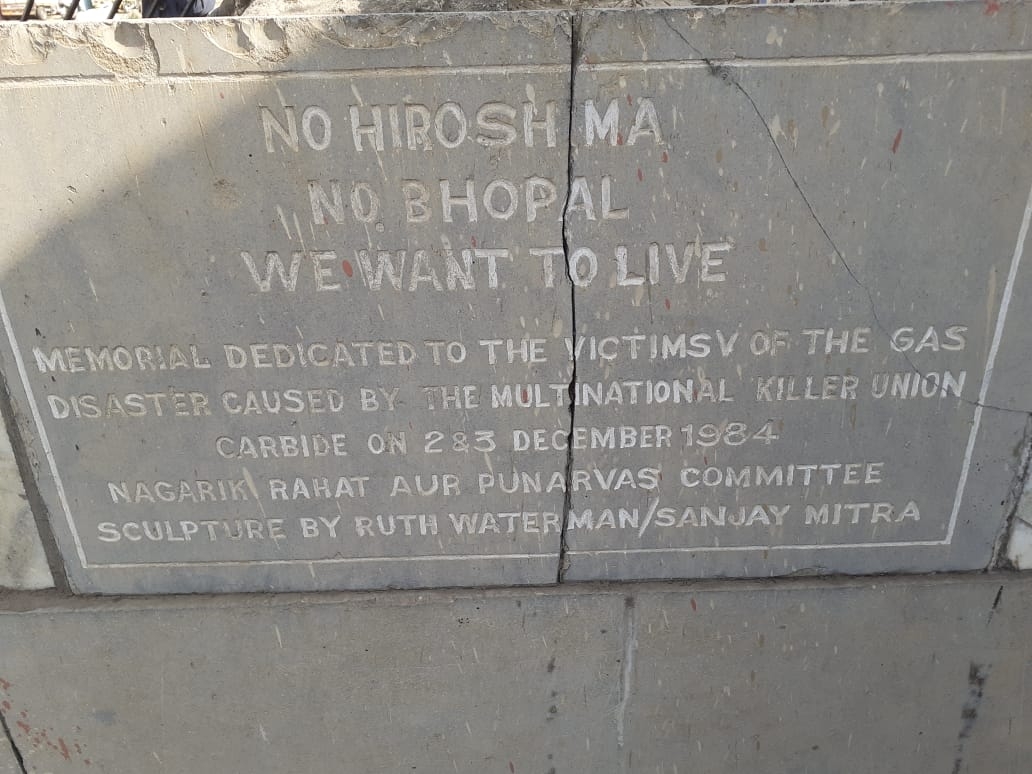 Sculptor Robin David says that Ruth Waterman was a holocaust survivor. She had visited Bhopal immediately after the tragedy. Because of her past, she had genuine empathy for the victims.

Referring to the poor state of the statue David says, “It was the biggest man-made disaster in the world. It is the government’s responsibility to preserve its memories.”

David says that the statue is washed once a year, on the anniversary of the tragedy. “Every year, it is announced that a grand memorial to the gas tragedy would be built. And once the anniversary ritual is over, everything is forgotten,” he says. “I have myself submitted designs for the memorial at least thrice,” he says.

President, Gas Peedit Nirashrit Pension Bhogi Morcha, Bhopal, Balkrishna Namdeo says that the poor condition of the memorial symbolises the apathy of the government towards the gas victims. “However, it is also the responsibility of the organisations of gas victims and also of the people to preserve the memorial. After all, it is a shared heritage of Bhopal,” he said.

Ramlal, 58, who is a gas tragedy survivor and lives at JP Nagar near the Union Carbide plant, says the sculpture is washed once a year on December 3. Its condition is the same as that of the gas victims. 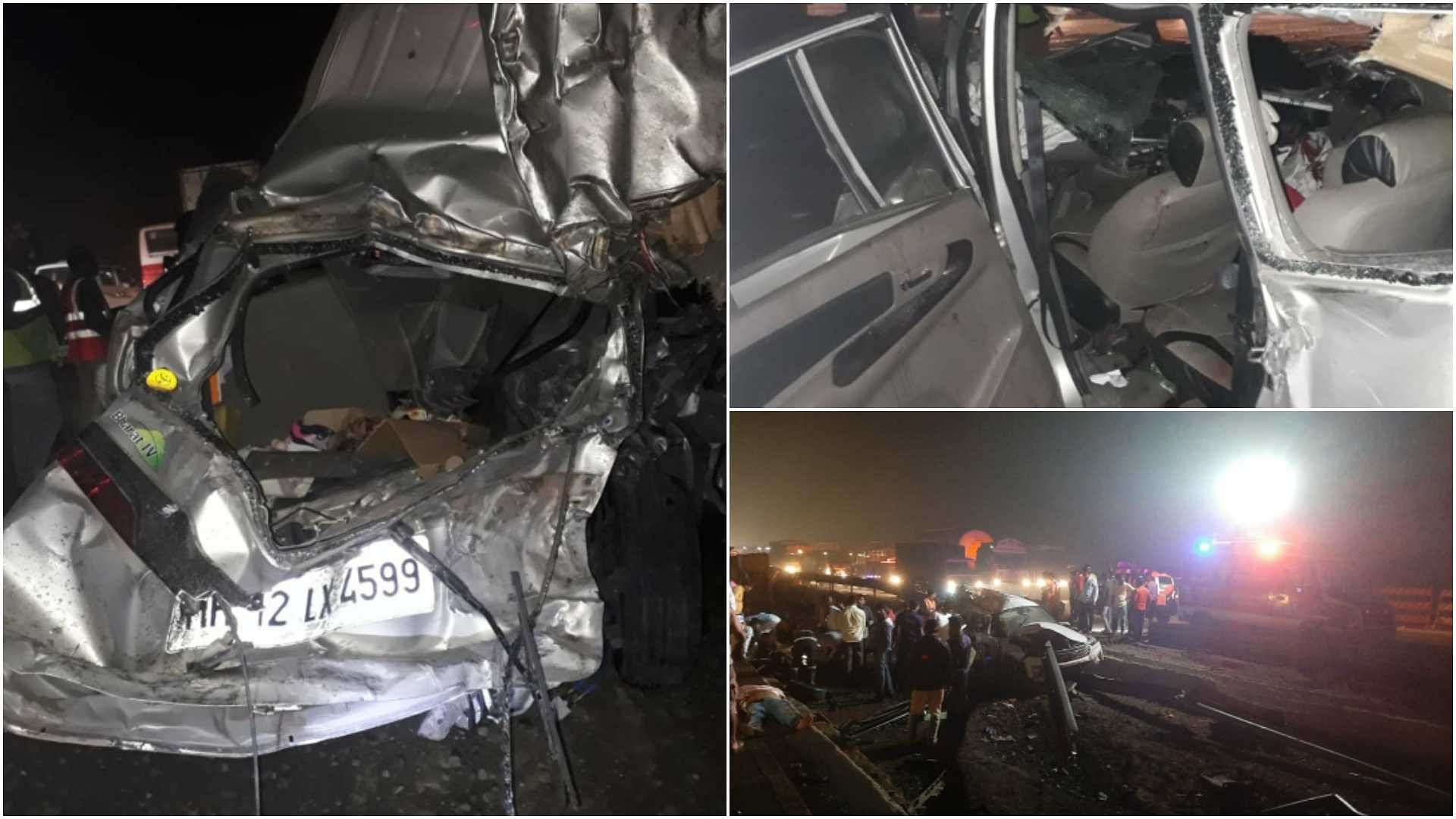