BHOPAL: Eyeing Khandwa Lok Sabha seat, the two prominent political figures of the constituency are vying for the Congress ticket. Former Union minister Arun Yadav, who represented the seat in 2009 LS elections, wants party to repose faith in him once again. However, independent MLA Surendra Singh Shera, who extended support to the previous Congress government, is seeking ticket for his wife as return of the favour. The parliamentary seat is to go for the by-elections on October 30.

The by-election to the Khandwa Lok Sabha seat was necessitated following the death of BJP member Nand Kumar Singh Chauhan due to Covid-19 this year.

The electoral contest in this constituency have always been bipolar with BJP and Congress winning the seat nine times each. Once again the two opposing parties are coming face to face for the ensuing 19th election.

The leaders are claiming that they are suitable candidates for the by-poll. Top leaders have been entrusted the responsibility to choose the winnable candidate for the bypoll. 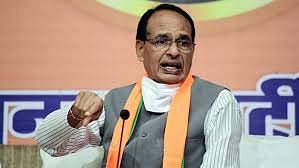 Madhya Pradesh bypolls: We don’t need to do anything with RaGa at helm of affairs, quips Chief...

Sitting independent MLA Shera, who had extended support to Congress government, claims that he has contacted the AICC and the latter assured him of the ticket from the Khandwa seat. The MLA is seeking ticket for his wife from the constituency.

The legislator claimed that he has also received assurance for the ticket from former chief minister Kamal Nath and Digvijaya Singh.

On the other hand, Congress leader Arun Yadav made no such claim. He while talking to Free Press said, “To provide ticket is the prerogative of AICC and, till this time nobody knows who will get the ticket”.

The former MP said that he was aspiring for the ticket because he had already represented the seat in 2009 elections.

According to sources at Congress, ex-CM Nath had got a survey conducted for a finding suitable candidate for the ensuing bypolls to Khandwa LS seat. The survey agency has submitted the report. Nath will take decision after going through the survey report.

Earlier in the Assembly election of 2018, Nath had conducted a survey and he had distributed the tickets accordingly and as a result the Congress party had won election with marginal seats and had formed the government. 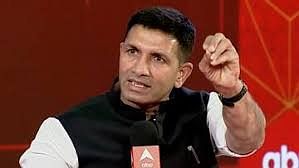