Madhya Pradesh bypolls: We don’t need to do anything with RaGa at helm of affairs, quips Chief Minister Shivraj Singh Chouhan 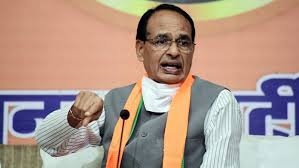 Bhopal: Chief Minister Shivraj Singh Chouhan and state BJP president VD Sharma attacked the Congress leadership in Delhi and Madhya Pradesh even as both the parties stepped up their campaign for the by-polls on Wednesday, as per the state BJP.

Addressing public meetings at several places in Tikamgarh and in Prithvipur on Wednesday Chouhan said, “We don’t have to do anything when Rahul Gandhi is there at the helm. He is adamant on drowning Congress.”

The CM said first of all Rahul Gandhi did immense damage to the Congress government in Punjab by being instrumental behind change of guard over there. “Capt Amarinder Singh was settled well as the chief minister. He was shown the door to please Navjot Singh Sidhu and now Sidhu himself has run away. This is how we don’t have to worry till Rahul Gandhi is at the helm of affairs.”

CM said he launched a number of welfare schemes for people in the state but the then Congress government headed by Kamal Nath discontinued all the schemes including Sambal. However, he had relaunched the schemes and was completely focused on development of the state.

Meanwhile, the state BJP president VD Sharma said people in the state wanted to know where the state Congress president Kamal Nath was when his party was going to face the by-polls.

“Where is Kamal Nath? People in the country don’t know in which part of the country and world he is staying. He has been chief minister of Madhya Pradesh but he is missing at the moment and he has given reins of the party in the hands of Digvijaya Singh”, said the state president talking to media persons. 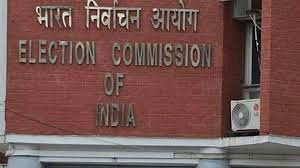