The sale of fake Remdesivir injection has stirred up a hornet’s nest in the state. Both the Congress and the ruling Bharatiya Janata Party (BJP) ripped into each other over the issue.
FP News Service 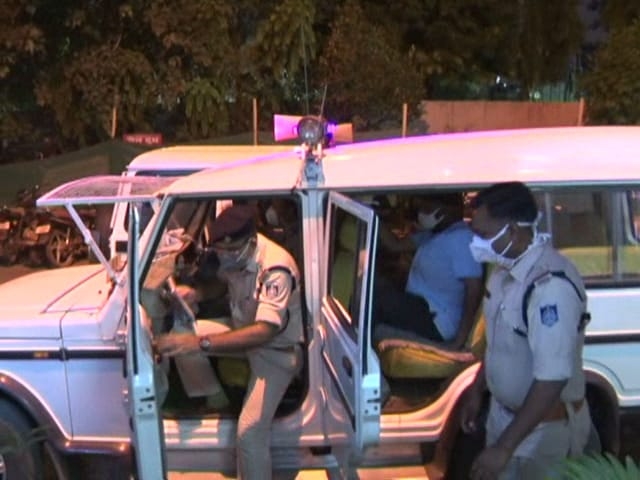 Special Investigation teams reaching to the court to file chargesheet |

Jabalpur (Madhya Pradesh): The sleuths of special investigation team (SIT) of the Jabalpur police have wrapped up the inquiry into the fake Ramdesivir injection, the officials said on Saturday.

The sale of fake Remdesivir injection has stirred up a hornet’s nest in the state. Both the Congress and the ruling Bharatiya Janata Party (BJP) ripped into each other over the issue.

Eleven people including the director of City Hospital were accused in the case, the SIT said, adding that they examined 190 people.

In this high-profile case, challans had been prepared for 28 hours, they added.

They further said that they had put up challans on Saturday.

Besides, director of Bhagwarti Pharma Sapan Jain, his friend and a medical representative from Indore Rakesh Mishra, an agent who deals in sale and purchase of medicines Sunil Mishra and another director of the pharmaceuticals company Puneet Shah have been accused in the case.

Senior superintendent of police Rohit Kashwani said that the Gujarat police had busted the fake Remdisivir injection-making racket on May 1 this year.

On the night of May 6, the Gujarat police took Jain into custody and questioned him.

On the grounds of information provided by Jain, Omti police in Jabalpur filed an FIR against the director of City Hospital Sarabjeet Mokha and Devesh on May 9.

As the inquiry progressed, nine more people were accused in the case, Kashwani said.

It also came to light that 500 units of fake injection had been brought to Jabalpur on April 23 and on April 27 through Ambe Transport, he added.

Out of 500 units, the City Hospital had received 465 and Jain kept 35, he said, adding that nine people lost their lives because of the fake vials.