Hospital Fire Update: I saw one of my daughters dying in front of my eyes, says father of twins

Four newborn have died and over seven have sustained severe burn in the fire that broke out at Kamla Nehru Hospital late Monday night.
Staff Reporter 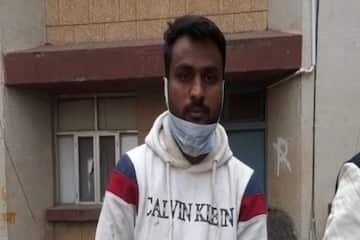 Bhopal (Madhya Pradesh): “I saw one of my daughters dying in front of my eyes yet I could not save her. Those images are haunting me like anything. I cannot ever forget that scene,” said Ankush Yadav, who lost his daughter in the fire incident that broke out at SNCU ward of Kamla Nehru Hospital late Monday night.

Yadav, a resident of the old city area of Bhopal, was blessed with twins two hours before the tragic fire incident. The delivery was done at a private hospital.

As one of his daughters was under weight, the twins were referred to Kamla Nehru Hospital.

“I got them admitted in the hospital and was coming out of the hospital building when I heard that fire broke out in the children’s ward,” Yadav said.

When Yadav reached the children’s ward situated on the third floor of the hospital, he found that smoke had engulfed the SNCU ward.

“Hospital staff and parents of other children present there, tried their best to douse the fire but they failed as fire hydrants were defunct,” Yadav said.

He added that people were running here and there to find the whereabouts of their children in the ward. “People were using their mobile phone’s flash light to search for their children but the efforts failed because of the heavy smoke,” he said.

Yadav has lost one of his twin daughters while another one is battling for life at a private hospital.

“My wife and parents were happy that we were blessed with twin daughters. But, the fate has decided otherwise,” Yadav added.