The assistant secretary has been identified as Sachin Pandey. He was posted in Putti village of Dabra tehsil of the district.
FP News Service 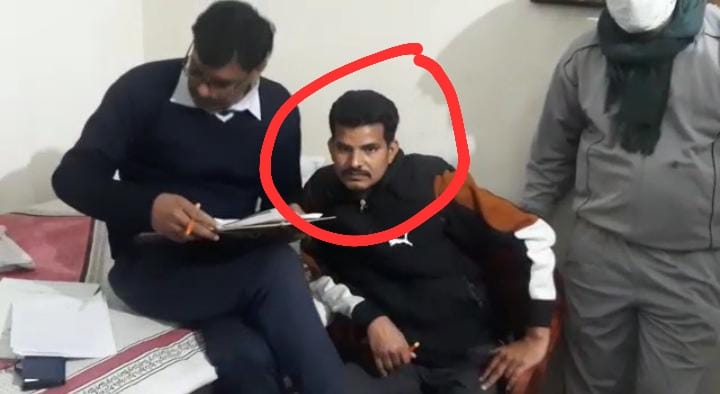 Gwalior (Madhya Pradesh): Lokayukta police arrested an assistant secretary for taking a bribe of Rs 7000 from a Sarpanch in Gwalior on Tuesday late night, an official said.

The assistant secretary has been identified as Sachin Pandey. He was posted in Putti village of Dabra tehsil of the district.

The Sarpanch claimed that the assistant secretary had demanded the bribe of Rs 10000 for making a muster roll of the construction work in Gram Panchayat. Sarpanch's son Jitendra Bohre requested him several times but he did not agree.

Sachin had taken the first installment of Rs 3000 rupees a few days ago and he was continuously pressurizing for the second installment. After that Bohare lodged a complaint with Lokayukta SP Gwalior.

The Lokayukta team led a trap and instructed Bohre to act accordingly. Sachin reached the Sarpanch house situated at Vivekanand colony in the district and took the second installment of Rs 7000. As soon as he kept the money in his pocket, the lokayukta team rushed to the spot and caught him red handed.

Lokayukta inspector Brajmohan Narwaria said that a case has been registered against the assistant secretary under the Corruption Act. Along with this, a letter has also been written to the concerned department to suspend him.