The director of a private hospital, who did not want to be named, said that there was an acute shortage of oxygen cylinders.

Efforts to maintain oxygen supply at a hospital in Bhopal on Saturday. | FPJ

BHOPAL: The want of oxygen in hospitals continues because of the rise in the number of patients. The government has, however, claimed that the difficult situation arising out of the deficiency of oxygen has become normal. On the one hand, the government has claimed that there has been supply of 350 MT of oxygen, while the demand was for 335 MT. Amid the government’s claim over oxygen, the directors of private hospitals looked worried on Saturday. The managers of hospitals and the relatives of patients called up various sources for an oxygen cylinder.

The director of a private hospital, who did not want to be named, said that there was an acute shortage of oxygen cylinders. Many a time, the patients’ demand for oxygen is reduced. He also said that there could be any incident without oxygen. In Bhopal, 51 hospitals, including the ones owned by the government and the private sector, are treating the corona patients. However, there are a few hospitals where oxygen is available. The director of a hospital has advised the relatives of the patients in a serious condition that they should go to other places for oxygen.

The state capital and other places are facing a scarcity of oxygen. Rajya Sabha MP Vivek Tankha has tweeted voicing concern over the situation in Jabalpur. He has told the chief minister that there is a huge shortage of oxygen in Jabalpur. The condition of patients there is very bad. As the number of cases is increasing, there is a major crisis of oxygen supply. The condition in the small districts is worse than in the bigger cities.

A BJP legislator says the relatives of patients are calling up again and again for supply of oxygen. The district administration is also in trouble as the problem of supply continues. At a meeting with officials, Chief Minister Shivraj Singh Chouhan has said that there will be 445MT of oxygen by April 20, 565MT by April 25 and 700 MT by April 30. That will fulfil the needs of patients in the state, he has said. 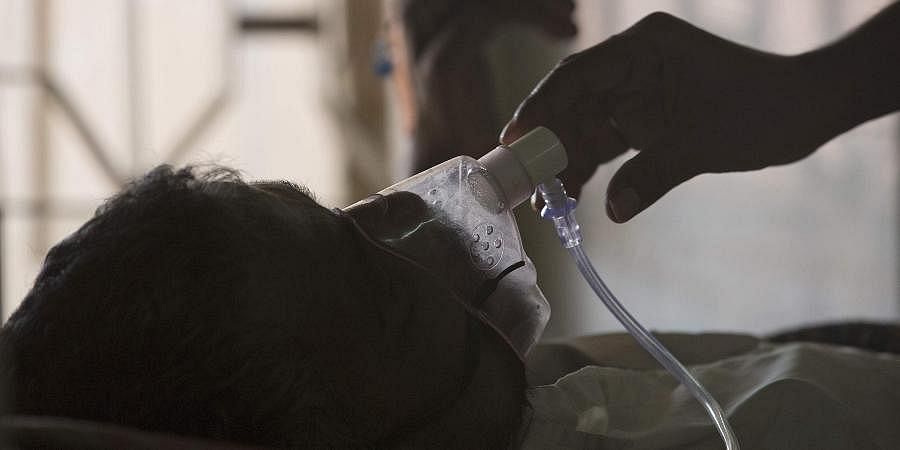