Chhatarpur (Madhya Pradesh): The government officials concerned have been blamed for poor construction of roads in the district.

“I have received information about negligence in road construction, I will soon set up an investigation team and do a proper inspection of roads,” said Omprakash Saklecha, the minister in charge for the district. Later he said he would ensure that serious action be taken against those found guilty.

“The officers receive a huge amount from the contractors as commission,” alleged Amit Bhatnagar, a social activist from Chhatarpur. “Most roads have developed potholes,” he added.

The same issue was reported in the construction of a road from Bijwar to Buxwaha. An amount of Rs 14 crores was allotted for its renovation but approximately Rs 11cr was paid to the contractor.

“The roads have been broken at many places, the road was not accessible for a month due to low usage of asphalt in its construction,” said Kaushal Prajapati from Bajna village. According to the information received the roads at many places were crumbling even as its construction was underway. 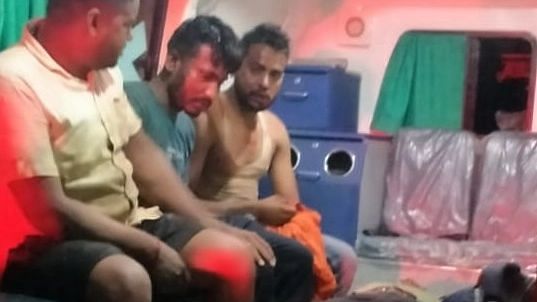