BHOPAL: Acting president of Vishva Hindu Parishad (VHP), senior Advocate Alok Kumar said forcible religious conversion is a national curse and the Centre must enact a centralized legislation to liberate the country from it.

‘There are laws in 11 states for prevention of forceful conversion, however, this problem is nationwide. Thus there is a need of raising this issue unanimously countrywide and unified one law against the illegal conversions. Only then will there be freedom from this curse,” said Kumar while interacting with the media after attending a meeting of Madhya Bharat’s (central province) on Sunday.

“From some observations of the Supreme Court and also the past experiences and present situation, the message is very clear before the Central government and so they should without any delay enact a law against forcible religious conversion which is binding for the entire country,” said the advocate.

He further said that the VHP has called upon Hindu society to remain vigilant about the anti-Bharat and anti-Hindu conspiracies, and prevent it by all legal and constitutional methods.

VHP leader also said that “a resolution has been passed to liberate all Mutt-Mandirs (monasteries and temples) from the control of governments.” The responsibility of management and administration of these core institutions of national life should be handed over to the society.

The VHP Karyakartas from across the world, therefore, unanimously appealed to the Central government to make a central law to free Mutt-Mandirs and the Dharmic institutions from control of governments and hand over the same to the Hindu society. This will help the sant fraternity and the devotees to refurbish and arrange things to restore the pristine glory of the temples. This will also enable them to put in place mechanisms for their proper running and contribute towards social development and sanskars [inculcation of values of refinement, grace and dignity; training in character formation], VHP added.

Read Also
Bhopal: We use Yadav as surname and not Scindia, tweets ex-Congress president 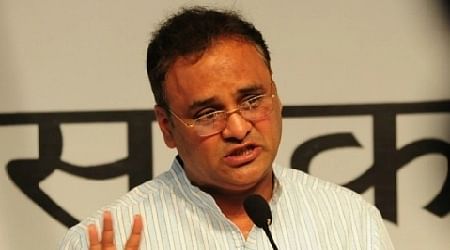