Written by Wasim Khan and directed by Sindhu Dholpure, the play was presented by the People's Theatre Group, Bhopal, on Sunday to motivate the prisoners, infuse patriotism in them and make them aware about the freedom fighters.

The event was organised in association with the directorate of culture under Azadi Ka Amrit Mahotsav to mark the martyrdom day of Thakur Ranmat Singh.

The play was based on the life and the valour of Thakur Ranmat Singh. He was one of the heroes of the First War of Independence of 1857. He looted a British treasury and disappeared into the forests of Chitrakoot with 300 soldiers. He was betrayed by an associate and fell into the hands of the British. He was hanged on August 1, 1859.

Sindhu Dholpure told the Free Press that staging of the play in the Central Jail was a great experience. “In 2016, I had staged a play in the jail in which the inmates had also taken part,” she said. Dholpure said that this time, the prisoners did not act in the play but handled music and lighting.

She said that she and her troupe of around 34 artistes were subjected to tough checking before entering the jail. “None of us were allowed to carry our mobile phones inside. It was an amazing experience spending four hours without a mobile,” she said.

Nilesh Ahirwar as Thakur Ranmat Singh and Sindhu Dholpure as Meena were in lead roles. 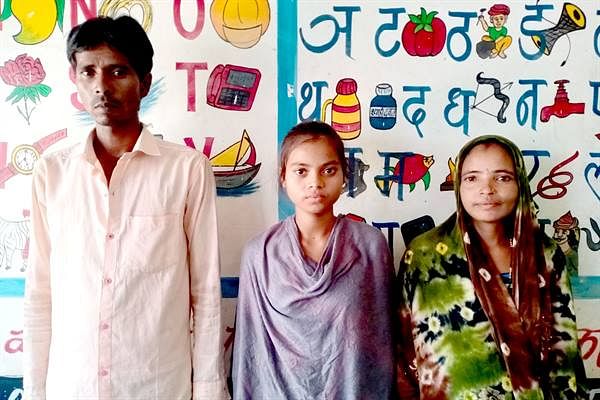