She made the statement at the inauguration of Bharat Bhakti Akhada’s office on Hamidia Road in Bhopal on Sunday.
Staff Reporter 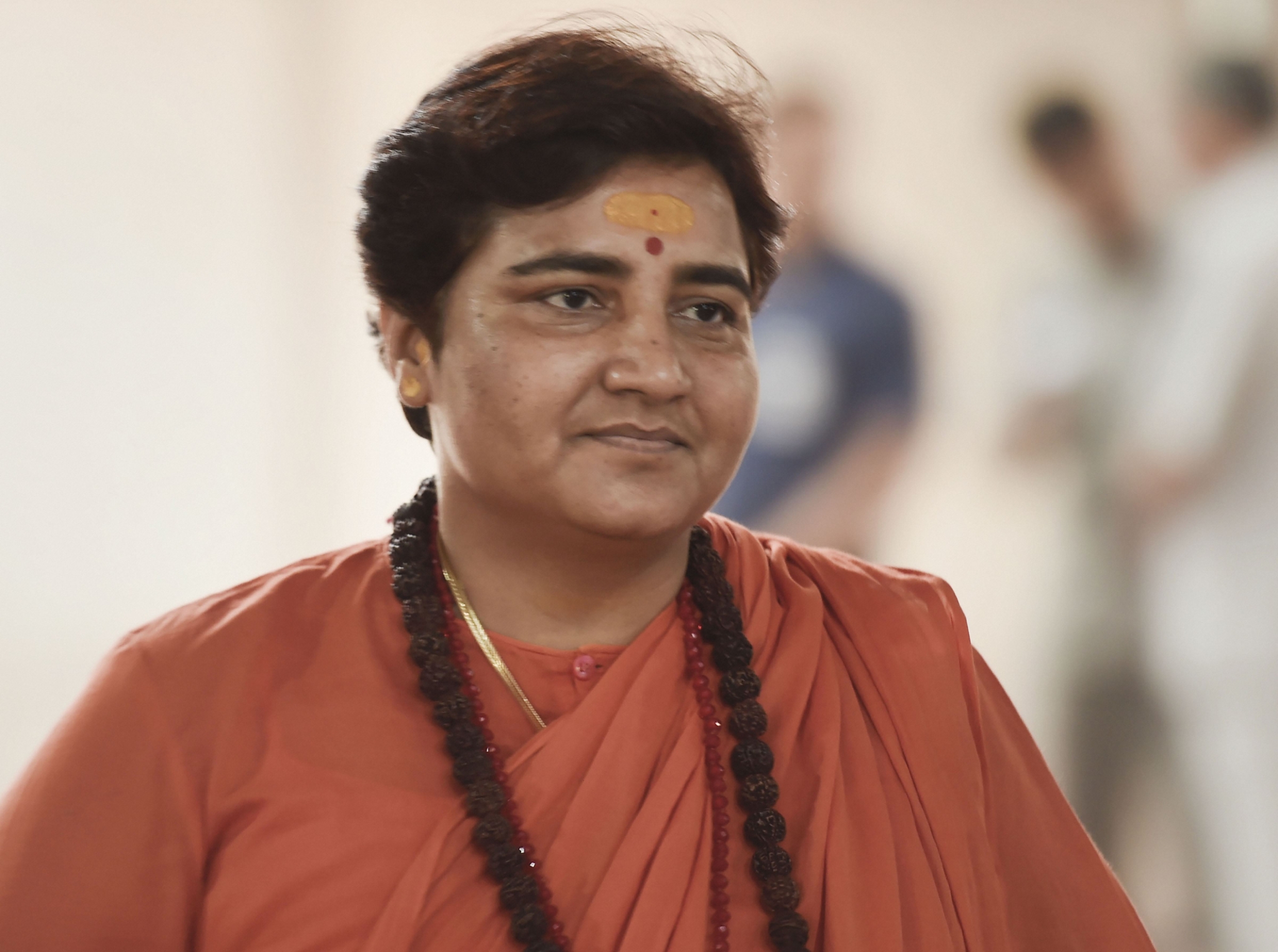 Bhopal (Madhya Pradesh): BJP Member of Parliament (MP) from Bhopal Sadhvi Pragya Thakur has said that earnings of Hindu temples are used to promote the welfare of minorities.

She made the statement at the inauguration of Bharat Bhakti Akhada’s office on Hamidia Road in Bhopal on Sunday.

She further says since Hindu temples are under government’s control, the district collector is the chairman of the temples. The earnings of the temples go to the government and it is used for the welfare of ‘Vidharmi’, she said.

“Bharat Bhakti Akhada would launch an agitation to set the temples free from government’s hands. The Hindus would preserve and develop its religious places,” she said, adding that earnings of Hindu temples should be used for the welfare of Hindus only.

“The Bharat Bhakti Akhada would prompt Hindutav, nationality and would also protect country from enemies,” she said.