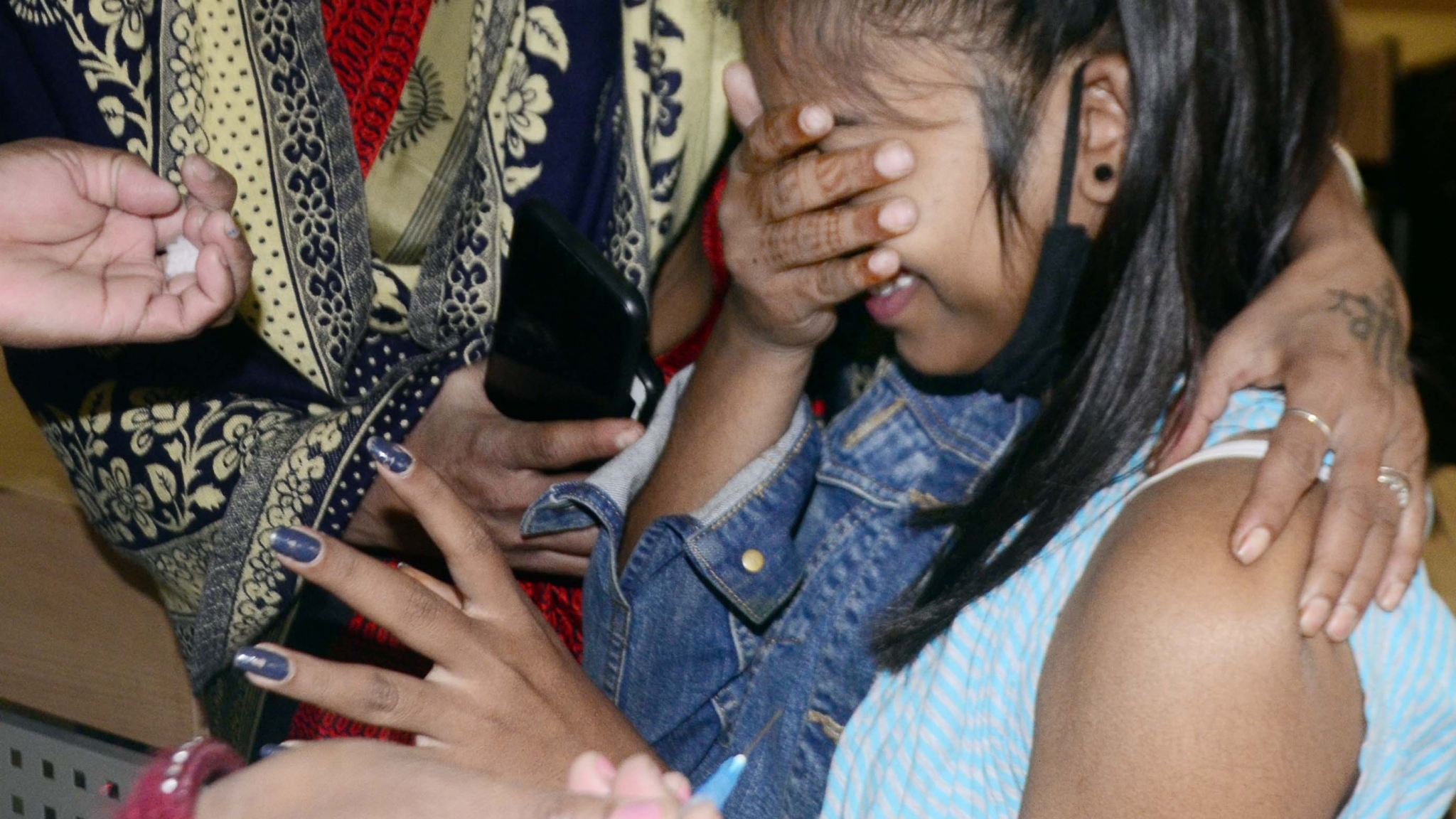 Some covered their eyes with their hands, presumably because they didnít want to see the needle that would soon be pushed into their upper arm. There were some bravehearts, too, who handed over their mobile phones to their friends so that they could be clicked while getting the jab. But almost all of them walked away from the school happily, relieved that the job was done, many proudly sporting badges showing, 'I am vaccinated'.

The first day of vaccination drive for teenagers in 15-18-year age group in the city evoked a good response in government schools for girls. The students† reached schools around 8 am, some with their parents, others alone. They got themselves registered using their Aadhaar cards and then waited to get jabbed. The schools had made arrangements for serving snacks and even lunch to the children. In one school, roses were presented to students after the jab.

Incharge principal of Govt Kamla Nehru Girls Higher Secondary School, TT Nagar, Mahesh Saini said total number of students of 15-18 years age group in the school was 445. By 5 pm, 214 had been vaccinated but they also included students of other nearby private and government schools. 'The students were very enthusiastic and excited,' he said. Some 40% of them came with their parents and the rest, alone, he said. Some of them had to return as there was a mismatch between their names in the school records and in the Aadhaar database.

Sangeeta Gajbhiye, an ANM, vaccinated students. 'The first inoculation was done at 9 am. Many were crying. I had to console them,' she said, smiling.

Principal of Kasturba Girls Higher Secondary School, TT Nagar, Sumati Shrivastav, said that of the 200 eligible students of her school, 112 had been vaccinated by the evening. The school had arranged biscuits, salad and salted snacks for the children. 'We asked each of them whether they had their breakfast. If they said no, we asked them to eat something before getting vaccinated,' she said.

At Vidya Vihar School in Professor Colony, 45 of the 198 eligible children had come for the vaccination. 'Around 145 of them live in hostels and they are not back from their homes after winter vacation,' school principal Nisha Kamrani said. The school distributed masks to all of them. Jowar ki roti with baigan ka bharta was on offer for the children. In the afternoon, school teachers took a round of the locality to look for children who wanted to get vaccinated.

I came here at 10 am and†was vaccinated at 2 pm. I felt a slight pain at the time but now it has grown. I am happy. Now I am safe, my family is safe and my country is safe. -Nisha Dhangar, Kamla Nehru School

I live in Bhim Nagar. I have received vaccine. The madam asked my name and where I live and before I could answer, the job was done. I didnít feel anything. She also gave me two tablets, which I have to take in case I get a fever. Now I will not get infected with corona. -Shivani Patel, Kamla Nehru School

I am feeling okay. I came here because my parents had asked me to. I felt slight pain. I have received a message on my mobile saying that I have received the first dose of the vaccine. -Dolly Malviya, Kasturba School

I study in class 12 in Carmel Convent School. I havenít received any message from my school to come for vaccination. So I have come here. I have come with her parents. Now, I am safe. I am happy. -Pranjal Jain, Vidya Vihar School. 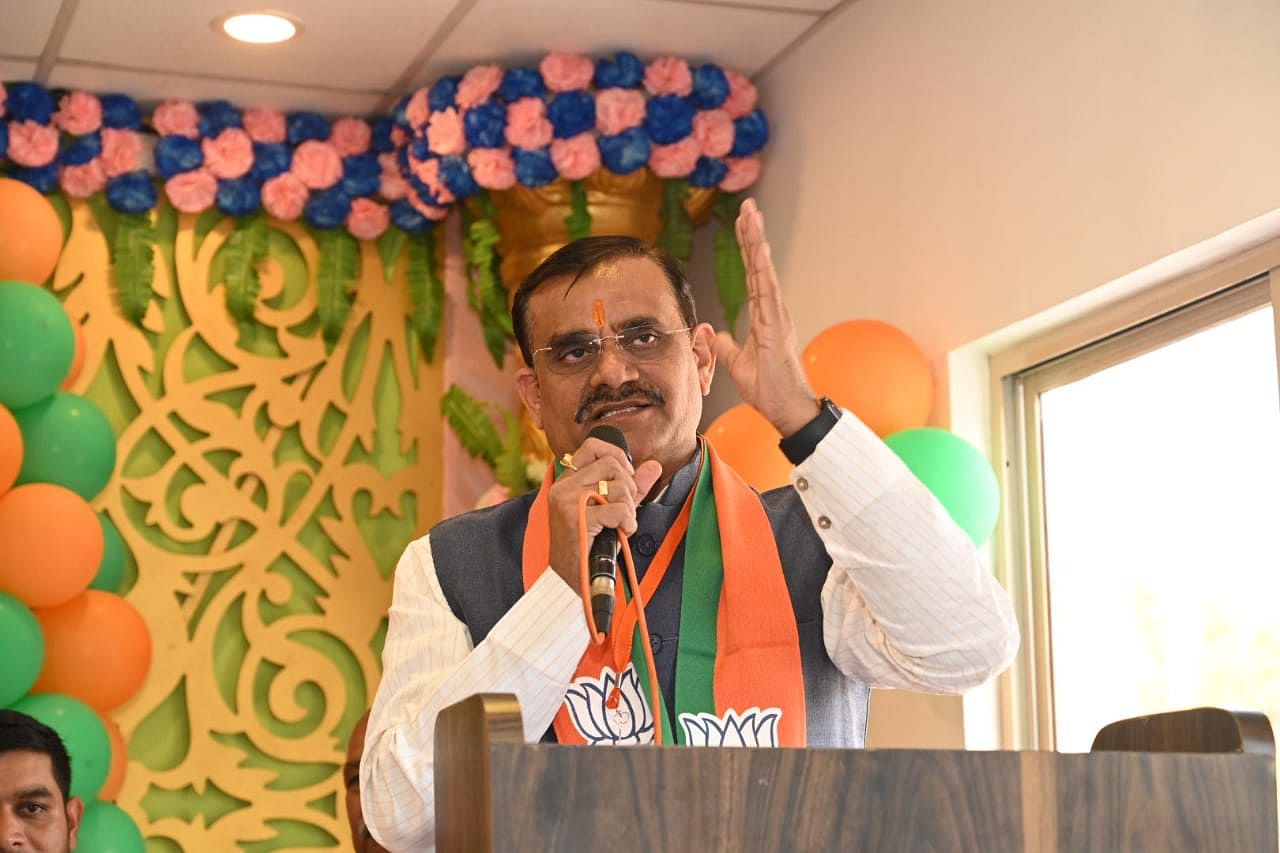