Bhopal(Madhya Pradesh): The Bhopal State used to pay higher than the British to their officers in administration and the army. Bhopali Begums invested from their personnel money in building railway network.

This and another such facts about Bhopal State were shared by Lt Gen (Retd) Milan Naidu during discussion on his book ‘Nizam-e-Bhopal’ at the Bhopal Art and Literature Festival at Bharat Bhawan in Bhopal on Sunday. 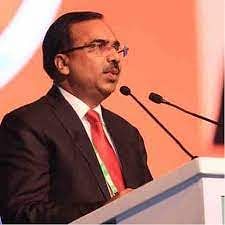 Naidu narrated historical facts about the Bhopal Battalion, as well. His book is written on the Military, Strategy, Regulations and Rules of Bhopal State. In this book, he has written that Bhopal State had two types of forces during the reign of Begums.

“One used to remain under the British, while the other used to be the exclusive force of Begums. Begum's army was paid more money, so that they would remain loyal to them,” said Naidu. He added that the Bhopal State used to pay more even to their administrative officers.

“It was like the present day state government and central government officers. The East India Company had its own cadre ‘EIC Officers’ while the Begums had ‘Her Majesty Officers. Begums' officers were paid higher so that they were not attracted by the EIC on grounds of attractive salary,” explained the author.

The author said that Bhopal Battalion was the first army to land in France during the First World War, for this he was also awarded the Victoria Cross. The Sultania Infantry did extremely well in Greece. The British also praised him and the then Nawab gave him the award.

Read Also
The Battle Against Covid: IAS officer Pithode shares his learning as administrator & as an... Naidu also said that Begum had a very important contribution in the development of railways. These railway lines were built by the British to expand their trade route. Later, they were developed from north to south. When there was a shortage of money to build the railway line, Begum contributed from her personal money and not government funds.

Vertul Singh, the moderator, asked the author why Nawab Hamidullah used to bring people from Aligarh Muslim University to Bhopal for jobs. Naidu replied that the Nawab himself had studied from AMU and most of the educated people of Bhopal used to work with the armed forces. In such a situation, it was easy for them to bring people from AMU.