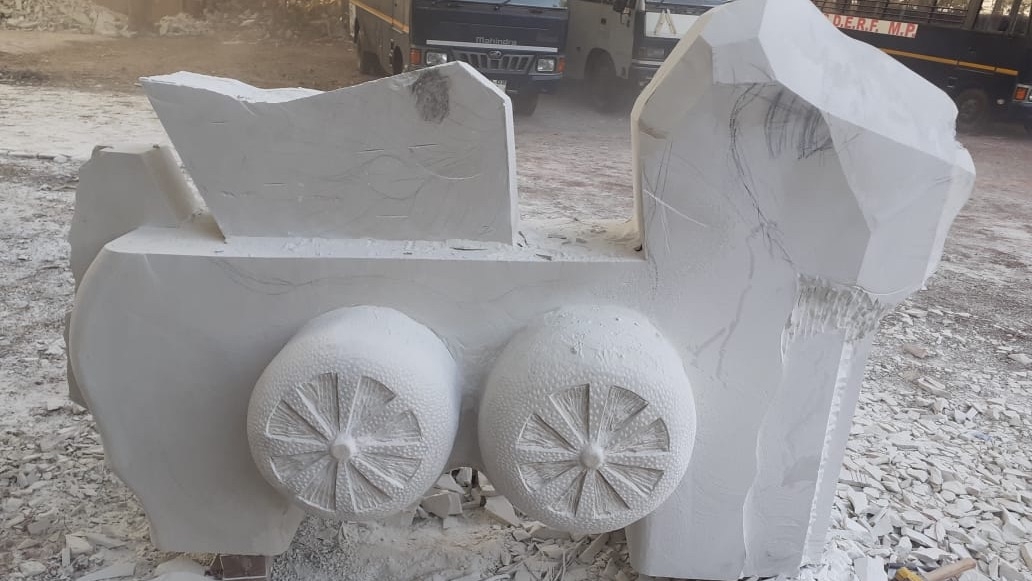 It is part of the 15-day stone-carving workshop Anavrit is being organised at Home Guard Lines by state culture department, Home Guards, Civil Defence unit and disaster management department. The workshop began on December 13.

They all are working on white Gwalior sandstone. Robin David from Bhopal is creating a 5 feet by 6 feet book and a bookshelf. David, who has worked on themes like deforestation and water conservation earlier, says he wants to emphasise that books remain relevant in digital age.

Jitendra Ojha from Vadodara (Gujarat) is working on a sculpture titled, There are many houses in my house. The 6 feet by 3 feet work seeks to depict how joint families have been replaced with nuclear ones, people dwelling under the same roof often live in their own worlds, immersed in the virtual space.

Karuna Murthi from Chennai said he is carving mythical Kamdhenu in contemporary form as a symbol of women empowerment. Murthi has retired five years back as incharge of ceramics department of Lalit Kala Akademi. 'I have come to Bhopal for the first time and I am enjoying. The workshop is of international level,' added Murthi, a national-awardee.

Bhupesh Kawadia from Udaipur, who has been infusing life into stones for the past 31 years, is carving Shooting Comet in Motion. 'The government would do well to install sculptures at road intersections and public places instead of statues of leaders,' he told Free Press.

The 10 feet by 3 feet work of Pramod Sharma from Bhopal is titled, Sandwiched, which depicts how women, caught between their duties at home and workplace, are being exploited.

Chandrasen Jadhav from Gwalior, who has been sculpting for past 40 years, is making human faces in philosophical moods. Cityís medical expert Rakesh Bhatnagar is carving geometrical forms in his work titled, Geometry is also beautiful.

Anil Kumar from Bhopal is carving a 5 feet by 5 feet image of the traditional grinder, which, he says, has disappeared from homes and minds.

Pankaj Gehlot from Rajasthan, who is in the field of sculpture for 31 years, is carving figures depicting human-nature relationship in semi-abstract form. Neeraj Ahirwar from Bhopal is working on migratory birds in abstract form. 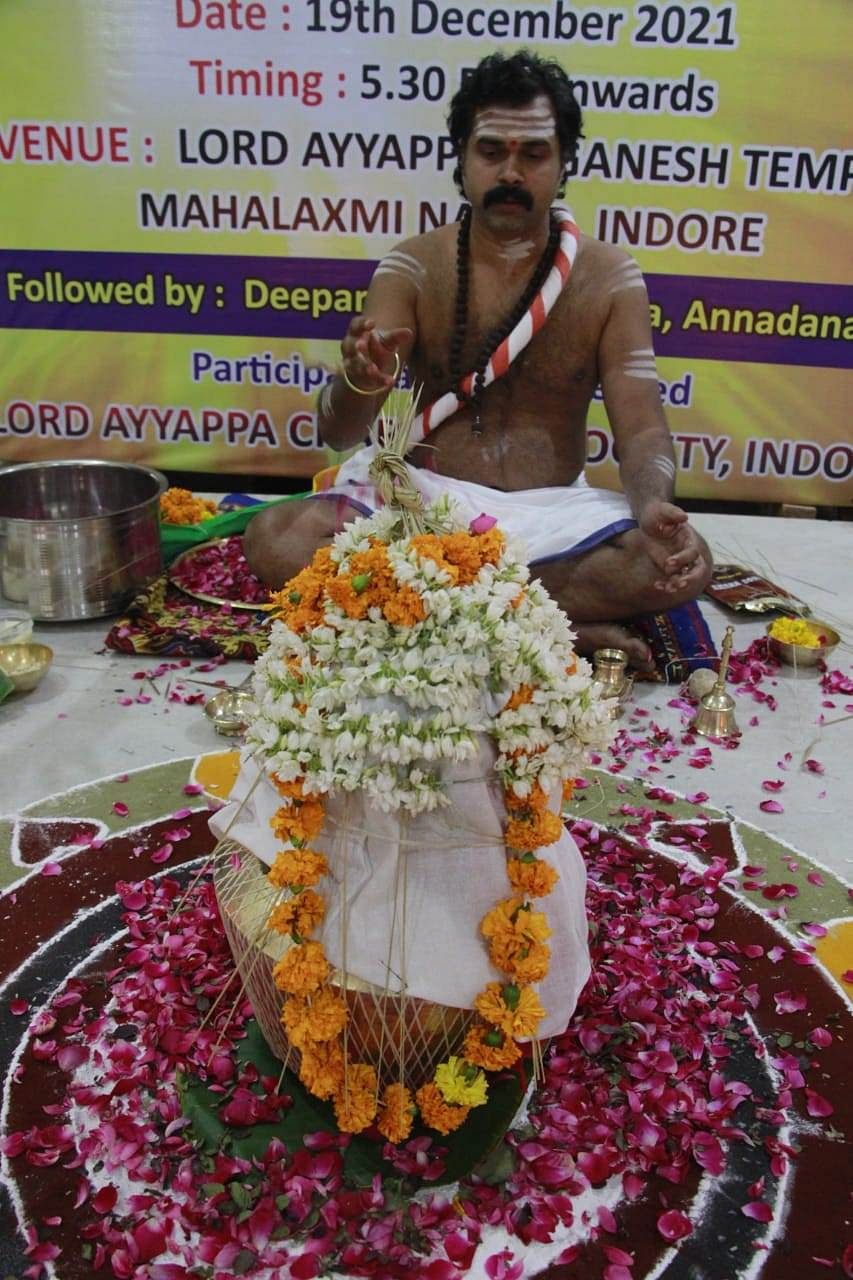