Shubham and Rajat were part of the Madhya Pradesh cricket team which won the Ranji Trophy recently. Megha is the first woman mountaineer from MP to climb Mount Everest.

This was announced by principal secretary, Cottage and Village Industries, Smita Bharadwaj, at a function organised at Gauhar Mahal on Sunday. The event was organised by MP Handloom and Handicrafts Development Corporation (MPHHDC) to mark the National Handloom Day.

She also announced that the state government has decided to mentor designers of 15-30 years of age so as to add new designs for the traditional handloom products of the state. Anyone including housewives and weavers will be able to take part in a competition to be organised for the purpose. The selected designers will not only be awarded but their products will be marketed through the Mrignayanee chain of stores run by the MP Handloom and Handicrafts Development Corporation.

The PS also announced a handloom fashion show will be organised at Indore on October 8. “Handloom products are not only an invaluable heritage of our state but also provide employment to a large number of people. We need to preserve this heritage,” she said.

She said that it is imperative to make handloom products popular among the youngsters. “That is why all our brand ambassadors are less than 30 years of age,” she said. Bharadwaj said that we all should take a resolve to wear handloom clothes at least once a week. Managing director of MP Handloom and Handicrafts Development Corporation Anubha Shrivastava was also present.

On this occasion, five craftspersons from Chanderi and Bagh were feted for bringing laurels to the state. One of them, Rashida Bee Khatri (55) from Bagh, told the Free Press that she has been into block printing for the past 30 years. “I have seven children and it was a challenge to balance household work with the demands of her profession. “I am happy that my hard work has been recognised,” she said. Rashida is the first woman craftsperson who has been feted with two state awards. She has also been awarded with a National merit certificate for 2018 by the ministry of textile recently.

Read Also
Bhopal: India has to live not only for its own welfare but also of world, says Bhagwat 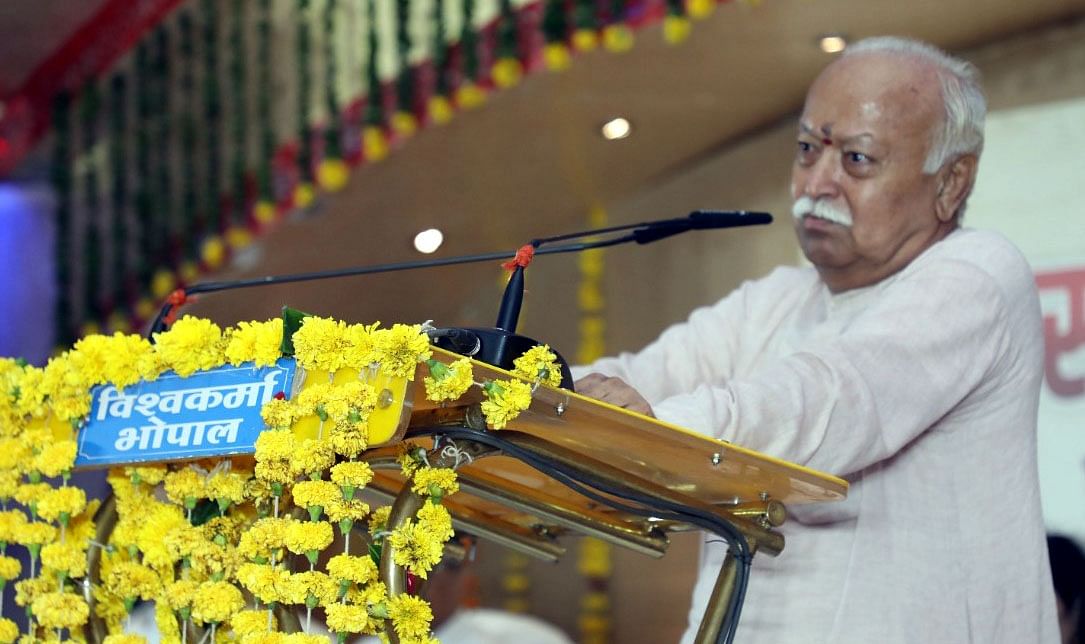